As the 35th anniversary approaches, the New York Conservation Officers Association and Police Benevolent Association of NY have combined to offer a reward of $15,000 for information. 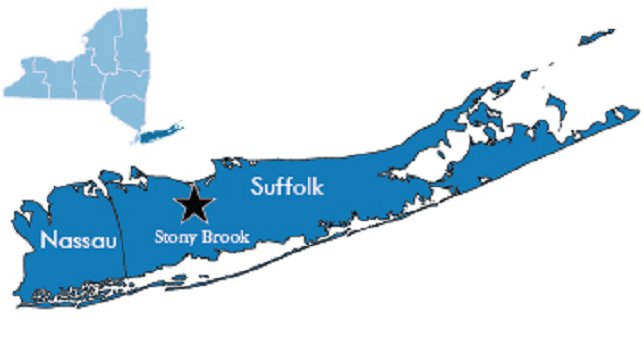 March 9, 2016 - The Suffolk County Police Homicide Squad has agreed to review a case involving the deaths of a New York State Environmental Conservation Officer and his wife while the officer's police association and union have offered a monetary reward for information leading to an arrest, all in an effort to find answers to a cold case that has baffled family members and the law enforcement community for 35 years.
In March 1981, ECO William Becker and his wife, Michelle, were found drowned at the former Matt-A-Mar Marina in the Town of Mattituck in Southold Township on the North Fork of Long Island. Becker was still wearing his ECO uniform when he was discovered. Local police labeled it an accidental double drowning.
While their deaths were deemed to be accidental at the time, the Beckers' family members and members of the Department of Environmental Conservation's Division of Law Enforcement (DLE) have had concerns over several unanswered questions surrounding the incident.
As the 35th anniversary approaches, the New York Conservation Officers Association and the Police Benevolent Association of New York State (the ECO union) have combined to offer a reward of $15,000 for information that leads to the arrest and conviction of the person or persons who may have been complicit in the deaths of the Beckers.
"The events surrounding the deaths of Conservation Officer William Becker and his wife Michelle on the night of March 10, 1981, have always been of concern to our Division," said ECO Director Joseph Schneider. "We appreciate the renewed efforts by the Suffolk County Police Homicide Squad. I would ask anyone with information to please come forward. I would like to thank our officers' union and association for posting the reward for information on this case."
The Becker family, which has long advocated for the case to be reopened, expressed relief and gratitude that the county is reviewing the case.
"My family and I have never felt this was an accidental double drowning," said Michael Malkush, Michelle Becker's brother. "We deserve to know what really happened 35 years ago. Hopefully, with the reward and with New York State DEC and Suffolk County homicide working together, the person or persons responsible for their deaths will finally be brought to justice."
Becker, who was 43 at the time of his death, had served as an ECO in eastern Suffolk County for 15 years. He and his wife left behind three children.
The Suffolk County Police Homicide Squad will investigate any new information on this case. They can be contacted directly at (631) 852-6392. Anyone with information concerning this matter can also call the NYSDEC Hotline at 1-844-DEC-ECOS (1-844-332-3267).