Mangano was convicted of accepting kickbacks and bribes; his attorney has vowed to appeal. 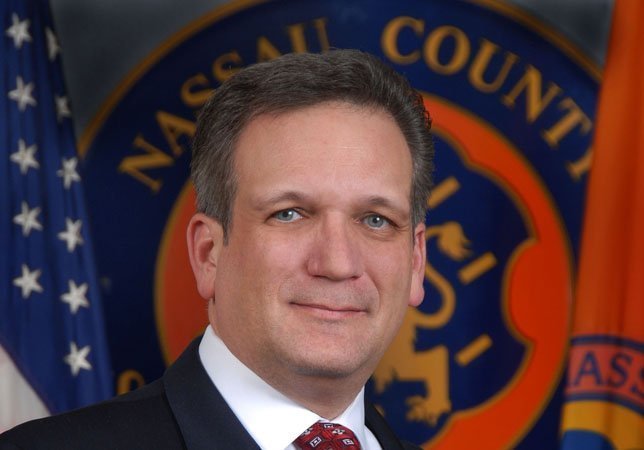 Central Islip, NY - March 8, 2019 - The seven week-long re-trial of former Nassau County Executive Ed Mangano and his wife Linda on corruption charges ended on Friday when the two were found guilty by a Central Islip jury on multiple counts, according to reports.
Mangano, 56, was convicted of accepting kickbacks and bribes from Long Island restaurateur Harendra Singh in exchange for using his position as Nassau County Executive to influence the Town of Oyster Bay to provide backing for in loans for Singh, totaling in the millions of dollars. In addition, Linda Mangano, 56, was given a no-show job at Singh’s restaurant.
Mangano was convicted of conspiracy to commit federal program bribery, conspiracy to commit wire fraud, and honest services wire fraud, as well as being convicted along with his wife of conspiracy to obstruct justice. In addition, Linda Mangano was convicted of two counts of making false statements to the FBI as well as obstruction of justice.
Ed Mangano was found not guilty of conspiracy and bribery on two charges related to county food service contracts that were allegedly offered to Singh in exchange for bribes, however.
Harendra Singh, 60, is currently awaiting federal sentencing after being previously found guilty of bribery, conspiracy, and tax evasion.
A jury previously was unable to come to a verdict when Managno and his wife were previously tried on the same charges last year, prompting a re-trial. Former Town of Oyster Bay Supervisor John Venditto, also accused on corruption charges stemming from the Singh incident, was acquitted on all charges last year.
Ed Mangano’s attorney, Kevin Keating, has publically vowed to appeal the conviction.