Governor Cuomo announced that the craft beverage industry has saved nearly $15 million since 2012 through regulatory changes and reforms to help encourage further growth in this burgeoning sector. 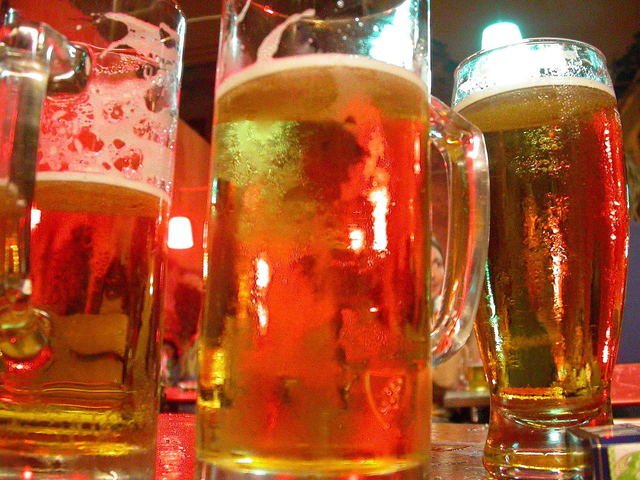 Albany, NY - March 8, 2017 - Governor Andrew M. Cuomo today announced that the craft beverage industry has saved nearly $15 million since 2012 through regulatory changes and reforms to help encourage further growth in this burgeoning sector. These actions have allowed breweries, wineries, distilleries and cideries to save money and reinvest in their businesses to further grow the craft beverage industry throughout the Empire State.

“This administration has cut red tape and rolled back burdensome regulations to help New York craft beverage producers thrive and create jobs as they continue to make some of the best beer, wine, cider and spirits in the world,” said Governor Cuomo. “We will continue to build upon this progress and help foster future growth in this increasingly booming industry.”

Regulatory Reforms to Support Industry Growth
Craft manufacturers have realized significant savings as a result of additional regulatory and legislative changes implemented under Governor Cuomo. Reforms to the Beer Production Tax Credit to include the wine, spirits and cider industries, have saved producers $12 million since 2012, and legislation exempting small beer, cider, and spirits manufacturers from brand label registration fees has resulted in more than $2.2 million in savings for small producers since enactment in 2013.

In addition, at New York State’s first Wine, Beer and Spirits Summit in 2012, Governor Cuomo directed the State Liquor Authority to cut the fees for marketing permits in half, from $250 to $125, resulting in more than $154,000 in savings since 2012. Marketing permits allow craft manufacturers to conduct tastings and sales at off-site locations, including fairs, street festivals, and farmers markets.

Tax Savings
For the 2016 tax year, Governor Cuomo expanded the Beer Production Credit to include New York’s wine, spirits, and cider industries. The credit, now referred to as the Alcohol Production Credit, has saved craft beverage producers $12 million since it was launched in 2012. The expanded credit is expected to save the industry $3 million per year, allowing producers to reinvest in their businesses and communities.

In addition to the production credit, the previous sales tax exemption for tastings at breweries, cideries, wineries, and distilleries was expanded to cover the alcoholic beverage tax. Now, if a brewery hosts tastings at its facility where the craft beer that it produces is also offered for sale, the brewery would not owe any taxes on the beer served at the tastings, nor on the bottles, caps, and labels used to package the beer.

State Liquor Authority Chairman Vincent Bradley said, “From the start, Governor Cuomo demonstrated his commitment to expanding New York’s craft industry by cutting taxes, fees and the overall regulatory burden on craft manufacturers. The result is hundreds of new small businesses opening over the past six years that are creating jobs, economic development and driving tourism in every corner of the state.”

State Agriculture Commissioner Richard A. Ball said, "The Governor's commitment to growing the craft beverage industry has created a favorable business environment for our farm-based beverage producers who, in turn, are sourcing many of their ingredients from local farms and helping to boost the agricultural industry. The savings these manufacturers have realized over the years is allowing them to reinvest back into their business and benefit local communities."

Under Governor Cuomo’s leadership, nearly 1,000 manufacturing license have been issued. New York is now home to more than 600 farm wineries, breweries, distilleries, and cideries. The number of farm wineries in New York has increased by more than 65 percent, from 195 in 2010 to 322 today. The number of farm distilleries also grew from just 10 in 2010 to 110 today. Two new licenses have been created since 2011, including the Farm Brewery license in 2013 and the Farm Cidery license in 2014, which have led to the establishment of 150 farm breweries and 28 farm cidery businesses