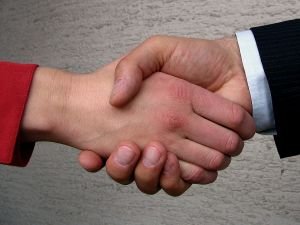 Albany, NY - March 7, 2014 - Governor Andrew M. Cuomo today announced that New York Air National Guard Col. Dawne Deskins, the commander of the Eastern Air Defense Sector in Rome will be promoted to Brigadier General. Deskins played a key role in coordinating military response immediately following the attacks of 9/11 and becomes the sixth woman to be promoted general in the history of the New York National Guard. Her new role as Brigadier General will involve leading the nation’s Air National Guard sexual assault prevention program. Deskins will be promoted by Major General Patrick Murphy, the Adjutant General of New York, at a ceremony at EADS headquarters on Saturday, March 8.

“It is my honor to congratulate Colonel Dawne Deskins on her promotion to Brigadier General. She has shown a tremendous commitment to our state and nation and we are grateful for her dedication to preserving the safety of New Yorkers,” Governor Cuomo said. “As we celebrate the accomplishments of women across our nation this month, I join with all New Yorkers in thanking Colonel Deskins for her service.”

Deskins, a Cazenovia resident, has been the commander of the Eastern Air Defense Sector, one of two air defense headquarters in the United States, since February 2012. Click here for a photo of Col. Deskins. Video cutaways and interview footage can be downloaded here.

Representative Richard Hanna said, “It is a privilege to congratulate Col. Deskins on her promotion to Brigadier General. It has been an honor working with Col. Deskins throughout her tenure with the Eastern Air Defense Sector. While her leadership will certainly be missed in that post, I look forward to continuing to partner with her on the important issue of combating military sexual assault. The men and women of the Air National Guard are fortunate to have a leader like Col. Deskins.”

Representative Chris Gibson said, “As a former New York National Guardsman and Army officer, I am delighted to offer my congratulations and best wishes to COL Dawne Deskins on her promotion. I am grateful for her exemplary leadership at the Eastern Air Defense Sector in Rome, and I look forward to supporting her in her new role with the Air National Guard.”

Deskins’ next assignment will be working as the Special Assistant dealing with Sexual Assault and Prevention to the Director of the Air National Guard Lt. Gen. Stanley E. Clarke. In her new position Deskins will be spearheading the sexual assault prevention and response program for the 100,000-member Air National Guard.

On the morning of Sept. 11, 2001 Deskins was overseeing Northeast Air Defense Sector personnel engaged in a routine air defense exercise. When the events of that day evolved—the hijacking of four aircraft with the hijackers crashing them into the Pentagon and the World Trades Center buildings—Deskins played a key role in the military response. In the official 9/11 Commission report the personnel Deskins led that day are credited with responding well to a confusing set of circumstances.

Deskins is the sixth woman to be promoted to general in the New York National Guard. The five other female generals are:

After joining the Air Force Deskins attended Air Weapons Controller training at Tyndall Air Force Base, Florida, and was then assigned to the Northwest Air Defense Sector at McChord Air Force Base, Washington. From 1988 to 1993, Colonel Deskins served in several capacities at the 3625th Technical Training Squadron, Tyndall AFB, Florida.

In 1995, Colonel Deskins separated from active duty Air Force and joined NEADS and the New York Air National Guard. She served in a variety of positions at NEADS including Mission Crew Commander, Flight Commander, Assistant Director, Sector Operations Control Center and Chief, Exercise and Analysis and Deputy Commander, Support. As commander of EADS, Deskins serves as the NORAD Battle Commander.

Deskins, a graduate of Skaneateles High School and Ithaca College, was commissioned as a second lieutenant in 1984 through the Air Force ROTC program at Cornell University. She served on active duty until 1995 when she returned to New York and joined what was then the Northeast Air Defense Sector.

She holds a Bachelor of Science degree in Communications from Ithaca College, a Masters of Science Degree in Management from Florida State University, and is a graduate of the Air Command and Staff College and the Air War College.

Deskins and her husband Antonio have two grown children.