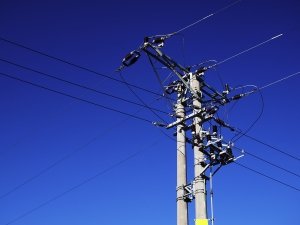 Albany, NY - March 6, 2014 - Governor Andrew M. Cuomo today announced that 25,000 jobs throughout New York State and commitments to hundreds of millions in capital investments were directly tied to allocations of low-cost electricity in 2013 to businesses and other enterprises under three state economic development power programs administered by the New York Power Authority (NYPA).

“Over the past three years, the ReCharge NY program has been on the forefront of our economic development agenda, successfully working to create and sustain jobs and new private sector investment in communities across New York,” Governor Cuomo said. “Low-cost power is a valuable resource for businesses as they look to expand here in New York, and this innovative program is leveraging the state’s power generation capacity to create jobs and grow the economy. With the recent news that the unemployment rate in Upstate New York has dropped to its lowest level in the past five years, it is clear that our focus on jobs, jobs, jobs is paying off, and we will continue to work to sustain New York’s economic recovery.”

The allocations were made under the Governor’s ReCharge NY Program—a statewide initiative that draws upon low-cost electricity from NYPA’s Niagara and St. Lawrence-Franklin D. Roosevelt hydroelectric power plants and economical market power purchases—and from two hydroelectric power programs. A separate fund, also linked to the 2013 job total, was another facet of the support of economic development in Western New York.

To date, NYPA has approved 736 megawatts (MW) of the statutorily authorized 910 MW available under ReCharge NY. A total of 607 businesses and 69 not-for-profit enterprises are currently benefiting from the program under which power began flowing in mid-2012. In return for the lower cost electricity provided under seven-year contracts, the recipients committed to support more than 384,000 jobs and undertake billions of dollars in capital investments.

NYPA also made 12 new power allocations in 2013 under the Replacement Power and Expansion Power Programs, which draw upon two blocks of electricity from the Niagara power plant to create jobs in Western New York.

“Governor Cuomo has established the framework for improved business conditions in the state from his regional approach to economic development,” said John R. Koelmel, NYPA chairman. “Key state assets are being strategically applied in close consultation with the Governor’s regional economic development councils, with one of the standout examples being new allocations of lower cost NYPA electricity, as reflected by our 2013 results.”

“2013 was a banner year for NYPA’s economic development programs powered by energy generated at our hydroelectric power plants,” said Gil C. Quiniones, NYPA president and CEO. “The job and capital investment commitments resulting from our allocations last year are powerful evidence of the continuing success of Governor Cuomo’s ReCharge NY program and other initiatives that we are carrying out under his leadership.”

Also in support of jobs in Western New York, the NYPA trustees approved a total of nearly $13 million in grants in 2013 to 19 enterprises in the region resulting in the retention or creation of more than 1,400 jobs. The grants stemmed from legislation signed into law by Governor Cuomo to apply the net earnings from unutilized Niagara power to spur capital investments and job creation. The legislation provided for the establishment of the Western New York Power Proceeds Allocation Board to make recommendations of awards to the NYPA trustees.

Businesses and other enterprises received funding for the development of advanced manufacturing technology, workforce development and promotion of the tourism industry in Western New York.