Each week we'll round up our favorite shots from across Long Island. Check out these eight great shots! 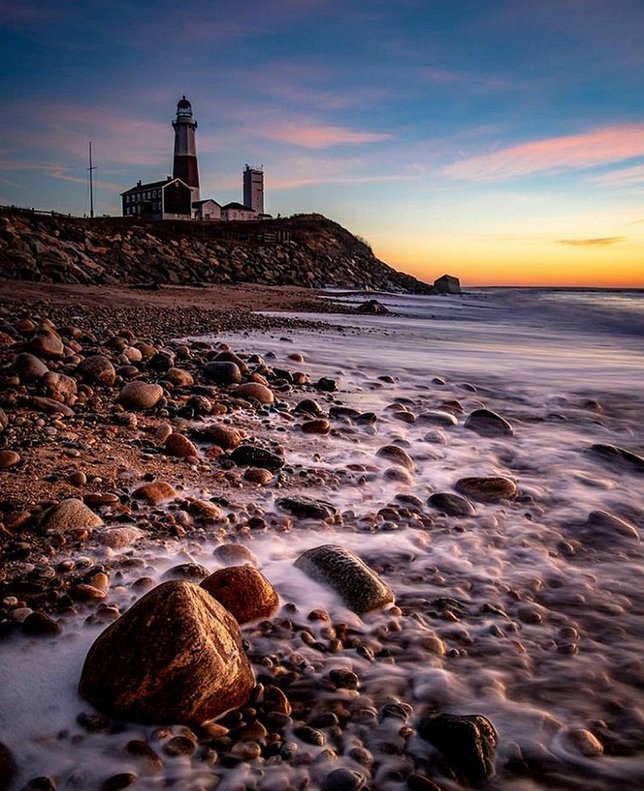 The King’s Park Bluff is one of Long Island’s many secrets gems. Perched on the North Shore, the bluff is the perfect place to grab a walk, embark on a hike or even just relax on the beach.

2. The Red Barn of North Fork

North Fork, with its ever winding country roads and rustic spirit just feels captured in this photo by Jeremy Garretson, who just opened a gallery in Greenport. This photo represents a time and place. Well done, Jeremy!

3. The Road to Cedar Beach

Wow! If there is one thing you can count on from Erica Eisele’s photos, it’s that a Long Island sunset is unmatched. This pastel laden shot down South in Cedar Beach has us holding on tight for Spring time.

Let’s be honest, Long Island beaches aren’t perfect but they’re out kind of perfect. This photo, which catches a tattered beach fence proves that sometimes being a little frayed means being flawless.

Long Island’s Winter is close to its end and this aerial shot by Pedro Vieira let’s us wave farewell to its cold pass. Plus, we can’t stop looking at every piece of the puzzle this photo has captured.

6. An Owl of Long Island

This bird of prey is simply stunning. Shane Etter’s ability to capture Long Island’s sky patrol is remarkable, just take a look at his gallery!

Long Island pizza is more than just food, it’s a lifestyle. The breaking of the pie is such a moment that sometimes goes overlooked, but not here in this shot.

8. The Lighthouse by Sunset

Montauk Lighthouse may be one of Long Island’s most iconic sights and in this photo shot by LI native Danny Burns, it’s captured gorgeously in the sunsets light.