The two social networks partnered with Attorney General Schneiderman to craft new means to prevent illegal guns sales from being funneled through their sites. 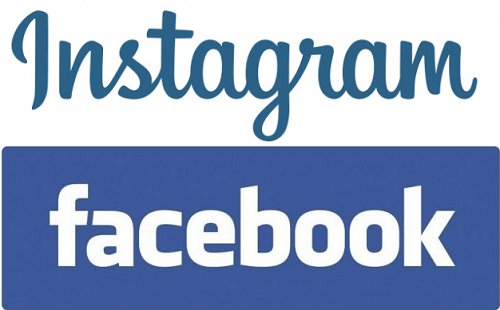 Update - March 6, 2014 - Steven Blair, a representative from Long Island Firearms, released the following statement to LongIsland.com: “Like anything else, if it is illegal then laws should be enforced. Facebook is not banning gun sales, they are seeking to inform the public that there are laws that must be followed with respect to interstate sales, sales to minors and background checks in most states. However, casting dispersion on law abiding citizens is not the way to handle challenges like this. These citizens' posts will be scrutinized and undoubtedly a hassle will ensue. In the end, Facebook is a privately run company and has its own rules and regulations. If its members feel that they are being singled out, they can simply choose not to use Facebook. When politically charged groups force companies (like Facebook and Starbucks) to change their policies and become police for private citizens’ lives, Americans will sooner or later steer clear of these companies and find others to frequent.”

Original Story - March 5, 2014 - Instagram and its parent company, Facebook, do not provide the capacity for users to sell goods and services to each other directly (Facebook’s Gift Cards page not withstanding), but both are regularly used as a means to promote businesses and allow individuals to communicate with one another for the purpose of establishing a transaction. Many of these sales are entirely innocuous and Facebook prohibits the advertising of illegal drugs, tobacco products, prescription medications, weapons, and other unlawful services or products, but it is still not uncommon for individuals to attempt to initiate illicit sales through the company’s websites.

On Wednesday, March 5, Facebook and Instagram joined New York State Attorney General Schneiderman and several other organizations in announcing changes to their policies and practices that would help reduce the number of illegal firearms sales being facilitated through their sites.

“Because of the diversity of people and cultures on our services, we know that people sometimes post or share things that may be controversial or objectionable,” said Monika Bickert, Facebook’s Head of Global Policy Management. “We work hard to find a balance between enabling people to express themselves about topics that are important to them, and creating an environment that is safe and respectful.

“While we've recently heard specific concerns from people about offers for the private sales of firearms, this is one of many areas where we face a difficult challenge balancing individuals' desire to express themselves on our services, and recognizing that this speech may have consequences elsewhere,” she added.

Bickert went on to lay out several changes in Facebook and Instagram policy and enforcement that will impact the private sale of regulated items on the social networks. Going forward, any time a Facebook post is reported for promoting the sale of regulated items, the site will send a message to that seller reminding him or her to make sure their sale complies with applicable laws and regulations. Those posts will also become hidden from view for users under the age of 18.

Similarly, pages used primarily for the private sale of regulated items will only be accessible to users over the age of 18, and the company will now require the owners of those pages to post language reminding potential buyers to comply with local laws. Instagram’s mobile app will also now provide “special in-app education” to people searching specifically for the sale or promotion of firearms.

Facebook and Instagram will also now prohibit offers which expressly indicate a willingness to violate local laws or evade pertinent regulations, including indications that sellers will not require background checks on gun sales or would be willing to sell across state lines without being a licensed firearms dealer.

“I applaud Facebook and Instagram for taking the lead in helping avoid illegal gun sales on these increasingly ubiquitous platforms,” said Attorney General Schneiderman. “Responsible social media sites know that it is in no one’s interest for their sites to become a 21st century black market in dangerous and illegal goods.”

Among the “education” services Facebook will implement as part of its new policies, it will work with advocacy groups to create a targeted ad campaign to tell potential sellers of regulations that must be followed to sell guns legally, including safety and background check requirements.

“Facebook has taken a significant step for gun safety,” said Pia Carusone, Executive Director of Americans for Responsible Solutions, and Nicole Hockley, Communications Director for Sandy Hook Promise in a joint statement. “We were pleased to work with Facebook on a new set of policies that protect the safety of users, particularly children, educate its users about lawful and responsible firearms transactions, and help prevent illegal activity from occurring.”

The policy change has not gone over well with all Facebook users, however. A Change.org petition titled “Remind Facebook to Not Infringe Upon Law Abiding Gun Groups” has already gone live and collected over 3,500 supporters. The petition asks Facebook to return to its prior polices pertaining to gun sales and to continue “current rules on pages allowed on Facebook, especially those that are centered around firearm enthusiasts.”

Facebook’s new rules do not prohibit gun advocacy groups from maintaining pages on the site, or individuals from posting about guns.