13 dogs were found dead in a Freeport garage, and three others were discovered alive alongside dog-fighting paraphernalia this weekend. 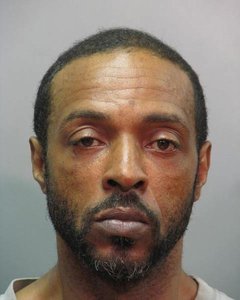 Authorities discovered thirteen dead dogs in the wake of a house fire that burned a residential garage in Freeport on Friday. Police and firefighters discovered the dogs after responding to a fire reported on Hillside Avenue on the night of February 28. Upon further investigation, two live dogs and a variety of dog-fighting paraphernalia were also discovered inside the house.

Returning with a warrant on Saturday morning, investigators found a third still-living pit bull, named KK, that lived inside the house and had facial scarring consistent with dog-fighting. The DA Squad and Town of Hempstead Animal Control also found breeding and training equipment in the building including treadmills with dog tethers, syringes with various medications and supplements, break-sticks with bite marks, documents listing animal pairings and other written materials related to dog-fighting, and an apparatus used to restrain a female dog for breeding purposes.

A machete and a multiple wall posters depicting pit bulls with facial scaring were also recovered during the search.

Reddick pleaded not guilty to all charges in a Nassau County Court on Sunday, and faces a maximum sentence of 1 1/3 to 4 years in prison. Bail has been set at $20,000 and he is due back in court on Wednesday, March 5.

After Reddick was caught, Nassau County District Attorney Kathleen Rice renewed her call to increase penalties for crimes of animal cruelty, and to make it easier for law enforcement agencies to pursue cases of cruelty and fighting.

“Breeding and training animals to fight for their lives in violent contests that leave them bloodied and bruised is cruel and should be stopped wherever it’s found,” said Rice.  “The laws covering animal fighting need reform but my office will work with whatever legal tools we have available to hold those who engage in this cruel enterprise accountable.”

In April 2012 DA Rice began to advocate for the passage of bills that would increase punishments for crimes such as animal cruelty and dog-fighting by moving them to the Penal Law section of New York State’s criminal code.  Presently, these and related laws are listed under the Agriculture and Markets Law section as unclassified misdemeanors and felonies.

A reclassification would pave the way for simplified and modernized language, toughen existing penalties, create new charges, and lengthen the maximum prison sentences for cases of severe cruelty and animal fighting.

Discovery of the pit bulls and Reddick’s arrest on dog-fighting charges comes fewer than two weeks after another pit bull was thrown out of a truck window and discovered with facial scarring consistent with dog-fighting in Mastic Beach.