Premier League to Join FIFA in Use of Goal-Line Technology

After several controversial blown calls in recent years, new technology will be used to ensure the accuracy of scoring calls. 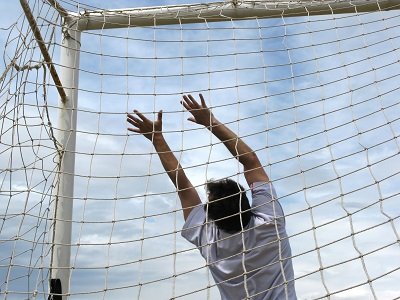 Following a successful trial run at the FIFA Club World Cup, both the British Premier League and FIFA World Cup will be instituting the use of goal-line technology, or GLT, in the near future.

GLT is a system which can use various measures, including magnetic sensors and carefully placed precision cameras, to determine beyond a shadow of a doubt whether a goal is scored. While it may seem like a common sense idea to employ this technology, FIFA and other major soccer organizations have been resistant to its implementation in much the same fashion as Major League Baseball has been slow to adopt instant replay. Its use is sometimes argued to be unnecessary, burdensome, or an undermining of “the human element” of officiating, but several blown calls in major games over the past few years have resulted in a change of course.

Through the use of goal-line technology, both leagues hope to prevent referees from making the wrong decision in plays that are too close to call for the human eye, and to lend an air of authority behind them when they make the correct one. Perhaps FIFA’s most stringent requirement is any GLT it uses send a signal to a watch worn by match officials within a second to alert them that a goal has been detected. Once the systems are in place, there can be little doubt as to when a goal has been scored and when one has not.

The Premier League has not yet revealed which company it may employ to roll the new tech out, but it has stated it is in talks with two firms and hopes to have all facilities equipped before play begins in 2013. Spokesman Dan Johnson said the league is “working on the basis of having goal-line technology in place for the start of the season."

Likewise, FIFA is still in the process of determining who will be responsible for its GLT during the 2013 Confederations Cup and 2014 World Cup, both of which will be hosted by Brazil, though it has given a more concrete estimate of April for the final decision. During last year’s Club World Cup, Hawk-Eye’s camera-based GLT and GoalRef’s magnetic field GLT had the honor of being the global association’s first flirtation with goal-line technology; their trial run is considered to have been a resounding success.