Internationally celebrated director, Atsuko Hirayanagi, will be Tom Needham’s exclusive guest this Thursday at 6 P.M. on WUSB’s ‘The Sounds of Film.’ 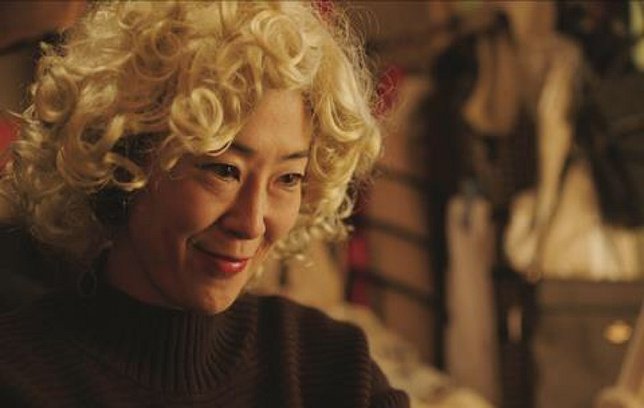 Stony Brook, NY - February 28, 2018 - Atsuko Hirayanagi will be Tom Needham’s special guest this Thursday on ‘The Sounds of Film.’ Atsuko is the writer, director and producer of the critically-acclaimed hit, ‘OH LUCY!’
‘OH LUCY!’ follows Setsuko (Shinobu Terajima) who lives a meaningless life in Tokyo. After her niece suggests that she take an unorthodox English class that requires her to wear a blond wig, Setsuko develops romantic feelings for her new American instructor, John (Josh Harnett). When he suddenly disappears, Setsuko embarks on trip halfway around the world in search of him. This unexpected journey to Southern California changes Setsuko forever.
Atsuko Hirayanagi was raised in Japan and graduated from NYU Tisch School of the Arts.  Her short film ‘OH LUCY!’ Received a First Prize Wasserman Award and also won more than 25 awards around the world, including prizes at Cannes, Sundance and the Toronto International Film Festivals. Her feature-length version of ‘OH LUCY!’ was a recipient of the 2016 Sundance / NHK Award. This past fall, it screened at the Hamptons International Film Festival where it was nominated for a Golden Starfish Award. Atsuko was recently named one of the “20 Rising Directors You Need to Know” by ‘IndieWire.’ ‘OH LUCY!’ is executive produced by Will Ferrell and Adam McKay.
About the Sounds of Film
‘The Sounds of Film’ is the nation’s longest running film and music themed radio show. For the past 30 years, the program has delivered a popular mix of interviews and music to listeners all over Long Island, parts of Connecticut and streaming worldwide live on the internet. Past interviewees include Pam Grier, composer Cliff Martinez, director Chris Hegedus, Michael Moore, Big Daddy Kane, James Mtume, director Lizzie Borden, Connie Stevens, Ric Burns, Rory Kennedy and director Yance Ford.