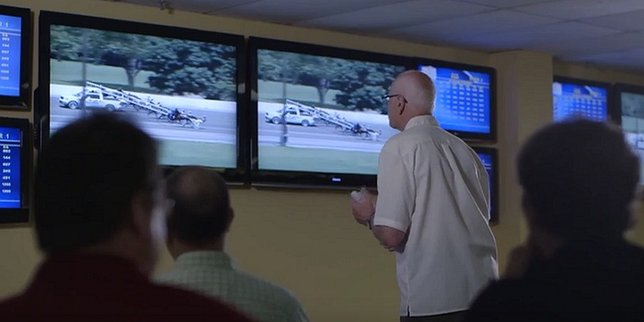 The RPP’s plans for March include visiting newly opened casinos to review the operators’ efforts to promote responsible gaming practices, followed by public meetings in the communities hosting the casinos to educate the public on the resources available for those who need help.

The RPP will also foster awareness through a focused social media campaign, conversation-driving signage at all gaming facilities across the State and development of a new public service announcement reminding New Yorkers that the OASAS HOPELINE (1-877-8HOPE-NY/TEXT HOPENY) exists to address all forms of addiction – including gambling. Finally, for the first time ever, the New York Lottery will feature responsible gaming messaging as part of its daily televised drawings.

“The Responsible Play Partnership continues to be an effective tool in forging a comprehensive smart gaming policy in New York State,” said Commission Executive Director Robert Williams. “By engaging all stakeholders involved in the issue – problem gambling treatment providers, casino operators and regulators – and venturing into the community, we are driving focus to the issue and making more resources available for those who need help. The Commission is proud of the RPP’s work, and this month provides a perfect opportunity to highlight New York’s ongoing commitment to responsible gaming.”

“While most people can gamble responsibly, unfortunately, some develop gambling problems,” said OASAS Commissioner Arlene González-Sánchez. “The RPP collaboration over the years has made a positive difference in our State, ensuring help is available for problem gambling and providing prevention programs to keep problems from developing. I look forward to more successes to come.”

“We are proud to partner with the Gaming Commission and OASAS to recognize National Problem Gambling Awareness Month,” said NY Council on Problem Gambling Executive Director James Maney. “The initiatives we have undertaken, including producing widely seen public service announcements, developing a comprehensive statewide self-exclusion policy, and bringing together gaming facility operators and the problem gambling treatment community, have indeed made a difference and elevated the issue. The RPP will continue to promote a responsible gaming environment in New York State.”

The statewide policy closes a decades-old regulatory loophole in New York that made it possible for video lottery and casino patrons to voluntarily ban themselves from one gaming property only to continue playing at a neighboring facility unabated.

Upon signing, problem gamblers willingly acknowledge they face arrest for entering a gaming facility licensed by the Commission. To administer the program, all licensed gaming facilities across the state have access to a secure, Commission-maintained database where information on all self-excluded individuals is housed. The Commission is finalizing plans to extend the state’s self-exclusion program to include Lottery winnings and casinos operated by Native American Tribes within the State’s borders.

As it has since its inception in 2013, the RPP will continue to work with gaming operators, players, and the problem gambling prevention and treatment communities beyond March, educating the public about the warning signs of problem gambling and raising awareness about the help that is available close to home.

The RPP was formed in February 2013 to address collaboratively problem gambling in New York State. Since then, the RPP has undertaken a series of initiatives, including the State’s first-ever public forum featuring experts and stakeholders from around the world discussing best practices and policies in the era of expanded gaming. To learn more about the RPP’s work, visit here.