The NYS Attorney General released a report showing that Long Island charities retain the least amount from donations made via telemarketers, but there are ways to educate yourself as a donor to be sure your ... 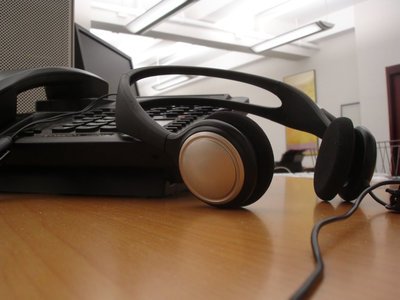 Chances are that at one point or another, you have donated time, or even energy or items to a local charity or non-profit, but where does your money go?  In New York State Attorney General Eric Schneiderman, 2013 “Pennies for Charity” report, Schneiderman found that when placing a donation with a telemarketer, often less than half of the money may ever reach the charity.

According to studies of Long Island charities and telemarketing companies, only 25.1% of each donation made over the phone with a telemarketer actually went to the charity – the lowest retaining rate in all of New York.  Most of this overhead goes to the telemarketing companies that conduct solicitations for charities – a fact that charities do not dispute, but which is upsetting to Long Islanders who believe that their money is going to a particular cause.

For those who have donated via a telemarketer to New York Amvets, Inc., only 10% of the donation actually went to the charity.  Those who donated to the Association for Police Officers over the phone only put 12% of their donation to the actual charity, and those who donated to a telemarketer calling for the Long Island State Park Police Benevolent Association had only 15% of their contribution go to the charity.

The Attorney General added that in 91 campaigns conducted across New York State, telemarketers were actually paid more than the amount that the individual charities received.

Attorney General Schneiderman recommends that if one is unsure whether or not to donate to a telemarketer, they should ask how much of the money will go to the charity, and if they are not satisfied with the response, they should instead donate to the charity directly.

To find out how your donation money is being used, try searching CharityNavigator.org, a website that evaluates charities by examining their financial documents in order to rate their financial health and their accountability and transparency. Charity Navigator uses this information, as well as the charities’ commitment to good practices and openness with information so that donors can choose a cause with the knowledge that their money will be used effectively.

One of the highest-ranked charities in the area is Long Island Cares, a four-star charity with an accountability and transparency score of 70 out of 70.  According to Charity Navigator, a full 92% of the charity’s budget goes towards their programs, and only 4.4% goes towards administrative expenses.  For a charity that relies on donations, gifts, and grants for 88.7% of their money, donors can rest assured that the vast majority of their contributions are going directly toward putting food on the shelves of food pantries for the hungry, and towards offering children’s nutrition programs.

Another high-ranking charity is The Interfaith Nutritional Network, also known as The INN, in Hempstead.  The INN is Long Island’s largest soup kitchen, which feeds over 7,500 people per week.  Charity Navigator gives The INN four stars, and a score of 70 out of 70 for accountability and transparency. 90.1% of the charity’s budget goes towards programs, and less than 9% is spent on administrative expenses.

For more information about charities in your area, visit our Long Island Charities and Not-for-Profits page.