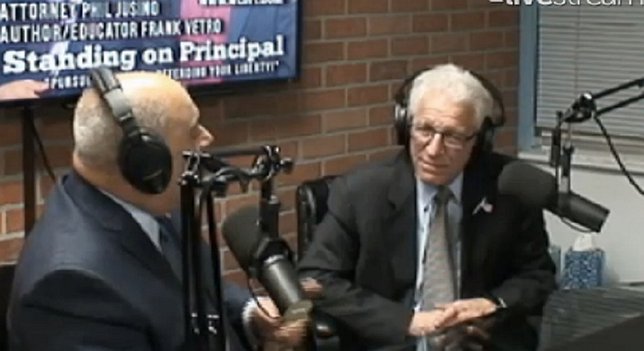 Perini’s primary focus has been the on-going opioid and gang violence epidemics in Suffolk County. These problems, he argued, have stemmed from a lack of collaboration between the district attorney’s office and state and federal agencies. “The Feds [FBI, DEA] have an intelligence base that’s much greater than the county, but they can’t do it without us because we have some terrific street cops - the cops in the neighborhoods - the ones who know who the bad people are. Together, we can fight it. Separately we lose.”
Perini argued that his four decades in criminal law uniquely qualified him to build bridges with other agencies. “I have made a career out of working with narcotics agencies. I created the East End Drug Task Force, worked with the DEA, worked with FBI, and worked with the US Attorney - both as a defense lawyer and a prosecutor.” These relationships, he emphasized, are key to disrupting the cycle of gang violence and drug distribution in Suffolk County.
Perini outlined a three-point plan for combating Suffolk’s opioid epidemic by: 1) Aggressively pursuing heroin dealers under New York’s “Kingpin” law, 2) Emphasizing treatment programs for addicts and low-level offenders, and 3) Educating the community on the crisis. “If treatment straightens out an addict, I wouldn’t put him in jail with a felony. The treatment component has to be there.” Perini also promised to better allocate prosecution tasks by focusing on trafficking and violence, while allowing the US Attorney to prosecute more resource-intensive RICO and conspiracy cases.
On Suffolk’s rash of gang violence, Perini cited the same lack of collaboration: “You can't have kids being murdered on their way to high school. You can't have parents afraid to send their kids to school and it's basically the same problem: We can't fight that alone. It doesn't start or stop at the Nassau border.” Perini emphasized developing relationships between the Suffolk and Nassau DA’s office, as well as state and federal authorities.
The candidate went on to describe his personal experience in law enforcement and working with other agencies towards a common goal. “Let's not worry about who takes credit,” said Perini. “We have a job to do to make this county safe. I'm not going to give up the streets of Suffolk County to the gangs. They're going to know that my gang is bigger than their gang. And they're going to pay the price. We will not tolerate it. I'll use the bully pulpit. I'll be at the murder scene to say ‘This ain't happening’ and I'll live up to my word.”
Perini concluded with thoughts on his family and many years in the criminal justice system and in Suffolk law enforcement. “Suffolk County has about 25 murders a year. We have over 250 kids dying from heroin and fentanyl overdoses. This can’t be tolerated. This isn’t why I moved to Suffolk in 1976 and nobody should have to tolerate this.”
For more information, contact the Perini Campaign's media staff via email.