Mozilla's Firefox OS, Nokia's Lumias as the MWC kicks off in Barcelona

The Mobile World Congress (MWC) began Monday in Barcelona featuring 1,500 exhibitors looking to wow the world with the latest and greatest products on the mobile market. 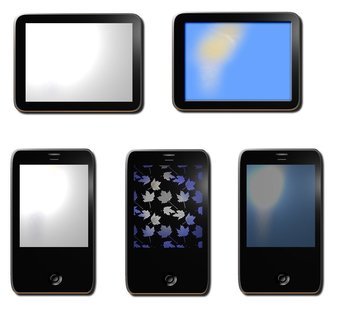 Arguably one of the world’s biggest mobile trade shows, the Mobile World Congress began on Monday in Barcelona, featuring about 1,500 exhibitors hoping to wow the world with the latest and greatest products on the mobile market. The trade show is set to run from February 25 through February 28th.

HP is throwing it’s hat in the ring and making a long overdue return to the tablet market with the new Slate 7, it’s newest 7 inch, $170 Android tablet, which is expected to hit the markets in April of 2013. Looking to snatch some of the market for budget tablet’s from the Nexus 7 and Kindle Fire, the internals consist of a duel-core ARM A9 processor, 1024 x 600 FFS+ display, 16 GB of RAM and 8 GB memory and feature a pair of cameras and Beats Audio.

Mozilla’s Firefox OS has certainly started a buzz, and is set to target emerging markets in the mobile arena. Though some feel that Mozilla’s entrance to the mobile market is a day late and a dollar short, the push on both the hardware and carrier end has seen strong support. Mozilla has partnered with LG, ZTE, Alcatel and Huawei for the first round of phones which are looking to hit the market by the second quarter of this year. The first round of Firefox OS devices will be rolled out to consumers in Brazil, Colombia, Hungary, Mexico, Montenegro, Poland, Serbia, Spain and Venezuela, specifically targeting developing markets.

For U.S. customers, Nokia’s latest offering, the Lumia 521, a Windows Phone 8 device the carrier describes as “high-end features at an affordable price.” The company has yet to release the specifications, price and availability. The Lumia 520 and 720 will cost less than the 920 and give Nokia a way to compete with the cheap smartphone market based on Google’s Android operating system. The availability is yet to be released for the U.S. The product will roll out in Asia Pacific, Europe, Africa and the Middle East first, as the company makes an effort to expand it’s offerings in developing markets around the world.

Asus has yet another tablet-phone or a phone that is also a tablet, the Asus Padfone Infinity and the Asus Fonepad.

Ford rolled out to announce that Spotify is coming to the car dashboard market, allowing you to seamlessly play music wirelessly through your car’s stereo system and control it with voice commands. Designed to integrate the services with Ford Sync, there is no separate app and nothing additional to install other than the regular Spotify Mobile app.

After turning heads with the water and dust resistant, 5” full HD display Xperia Z, Sony’s newest tablet, the Xperia Tablet Z, is set to spar with the established 10” tablet market.The very capable 10.1 inch device can certainly take on the likes of the iPad and Galaxy tablets, on both specifications and price. As of now, Sony has yet to announce a release date on the highly anticipated Xperia Z smartphone, but it is expected to fall in around the iPhone 5 price point.