Max Vernon to Perform at the Larson Legacy Concert at Adelphi University on March 6, 2016 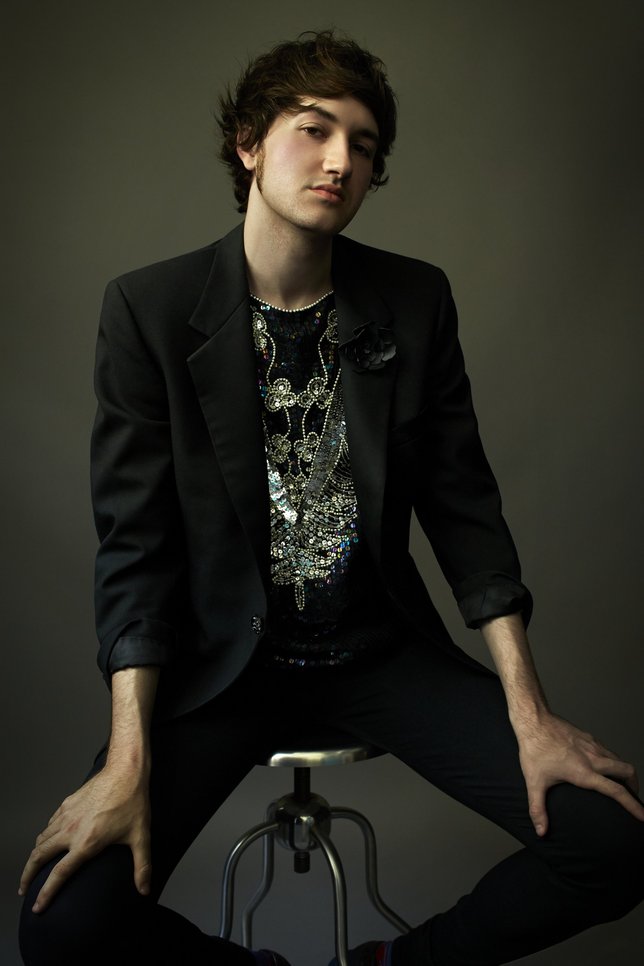 February 24, 2014 - Adelphi University Performing Arts Center (AUPAC) is proud to present the next installment of the Larson Legacy Concert showcasing the work of composer/lyricist, playwrightga, and performer Max Vernon, a recipient of The American Theatre Wing’s 2015 Jonathan Larson® Grants, on Sunday, March 6, 2016, at 3:00 p.m. in the Olmsted Theater at AUPAC at Adelphi University, 1 South Avenue, Garden City, NY.

Max Vernon, a Dramatist Guild Fellow, an artist in residence at Rhinebeck Writer’s Retreat, and a JFund award recipient in addition to being awarded the Larson Grant has been described by the New Yorker as “equal parts Bohemia and Broadway,” as he mixes his signature eccentricity with the world of theater during live performances. His performance at AUPAC will feature a cast of Broadway and Downtown divas, in a celebration of Korean popstars, the apocalypse, sentient robots, aging club kids, homicidal hipster cults, and…love?

The Larson Legacy Concert Series at AUPAC celebrates the next generation of artists at the college home of the creator of the Pulitzer Prize-winning musical RENT Jonathan Larson (’82). Each year, the American Theatre Wing presents emerging creators of musical theatre with The Jonathan Larson® Grants. Beginning with this concert, select recipients of these grants will be showcased at AUPAC in this ongoing concert series to help nurture and support the next generation of creative artists to carry on Jonathan Larson’s legacy. The Jonathan Larson® Grants honor emerging composers, lyricists and writers by recognizing and showcasing their work and commemorate Larson’s achievements and his dream of integrating contemporary urban vitality into musical theatre. Past recipients of these grants have gone on to create the Broadway musicals A Gentleman’s Guide to Love and Murder, Grey Gardens, Next To Normal, Elf, Hands on a Hardbody, A Christmas Story, Doctor Zhivago and many more.

AUPAC is one of Long Island’s premier cultural arts venues for entertainment of all kinds. Tickets are currently on sale and are priced at $25, with discounts available to seniors, students and alumni. For more information about all events at AUPAC and to purchase tickets, click here. Information is available at the Lucia and Steven N. Fischer Box Office at 516-877-4000 or boxoffice@adelphi.edu. Regular box office hours are Tuesday through Friday from 1:00-6:00 p.m. The box office is also open two hours before most scheduled performances.

ABOUT THE AMERICAN THEATRE WING: The American Theatre Wing (William Ivey Long, chairman, board of trustees; Heather Hitchens, executive director) has been serving and supporting the theatre by "celebrating excellence, nurturing the public's appreciation of theatre, and providing unique educational and access opportunities for both practitioners and audiences for nearly 100 years." For more information, visit AmericanTheatreWing.org.