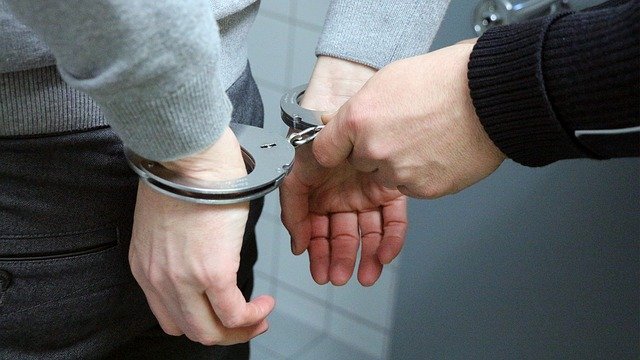 New York, NY - February 23, 2018 - Attorney General Eric T. Schneiderman and Comptroller Thomas P. DiNapoli today announced the arrest of former New York City Council candidate Albert Alvarez for allegedly accepting straw donations and stealing thousands of dollars in New York City public matching funds during Alvarez’s unsuccessful 2013 run for Council. The felony complaint filed today in New York County Supreme Court charges Alvarez with Offering a False Instrument for Filing in the First Degree, a class E felony, and Grand Larceny in the Third Degree, a class D felony.
“New York City’s public financing system is not a piggy bank for criminals,” said Attorney General Schneiderman. “As we allege, Mr. Alvarez took advantage of our campaign finance system, using straw donors and false filings to line his campaign’s coffers. We’ll continue to bring to justice those who abuse the law and violate the public trust.”
“Mr. Alvarez allegedly dodged campaign finance laws to illegally obtain matching funds,” said State Comptroller Thomas P. DiNapoli. “Thanks to the work of my investigators and auditors in partnership with Attorney General Schneiderman and Commissioner Peters’ offices, his scheme was exposed and he now faces felony charges.”
Alvarez previously served as Chief of Staff to New York City Council Majority Leader Joel Rivera. In 2013, Alvarez ran for Rivera’s seat in the 15th New York City Council District, which covers the Central Bronx, but was unsuccessful in the Democratic primary.
As alleged in the felony complaint filed today, while running for office Alvarez knowingly accepted straw donations orchestrated by George Gonzalez and Anna Mendez, who were arraigned for their roles in the false filings on a separate felony complaint on January 10, 2018. Mendez and Gonzalez allegedly provided entity funds to six other employees of the New York City-based entity where they worked in order to contribute to Alvarez; employees who contributed by check or money order were reimbursed by Gonzalez.
The complaint alleges that Gonzalez distributed contribution cards to these employees, which he had them falsely fill out in their own names while Alvarez watched. Alvarez then allegedly collected the money and the false contribution cards from the straw donors, and falsely submitted them to the New York City Campaign Finance Board. In addition to accepting and falsely submitting the straw donations, Alvarez allegedly stole at least $4,500 in public matching funds as a result of the straw donations submitted to the NYCCFB; the straw donations were all made at a level that would qualify toward Alvarez’s receipt of public matching funds.
The Attorney General and Comptroller would like to thank the NYC Department of Investigation for its partnership in this investigation.
DOI Commissioner Mark G. Peters said, “This City Council candidate manipulated the campaign finance system, using fake donors and false filings to steal thousands of public dollars in matching funds, according to the charges. New York City’s public campaign finance system is a model for the country and DOI will continue to vigorously police its integrity. We are proud to work with the state Attorney General and state Comptroller to expose this defendant’s charged corruption.”
Since 2011, Attorney General Schneiderman and Comptroller DiNapoli have worked together to fight corruption through their Joint Task Force on Public Integrity. They have brought charges against dozens of individuals implicated in public corruption schemes around the state – resulting in the return of over $11 million in restitution to taxpayers through these convictions.
The Division of Investigations conducted the investigation for the Office of the State Comptroller.
This case is being prosecuted by Assistant Attorney General Kevin B. Frankel of the Attorney General’s Public Integrity Bureau, under the supervision of Bureau Chief Daniel Cort and Deputy Bureau Chief Stacy Aronowitz. The Criminal Justice Division is led by Executive Deputy Attorney General Margaret Garnett.
The investigation was led by Investigator Steven Broomer of the Attorney General’s Investigations Bureau, under the supervision of Supervising Investigator Mike Leahy and Deputy Chief Investigator John McManus. The Investigations Bureau is led by Chief Dominick Zarrella. Legal Support Analysts Rachel Demma and Katharine Litka of the Public Integrity Bureau also assisted in the investigation.
The charges against the defendants are merely accusations and the defendants are presumed innocent unless and until proven guilty in a court of law.