Governor Cuomo urge State Education Department to issue a directive to all school districts – regardless of Washington's action – the rights and protections remain unchanged under state law. 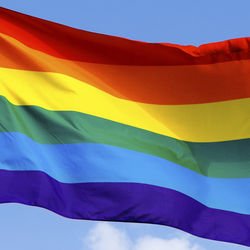 Albany, NY - February 23, 2017 - “As the federal government seeks to roll back the progress we have achieved toward equality, we in New York will never stop fighting to ensure the LBGTQ community and all Americans are afforded the equal protections guaranteed to them by the United States constitution.

“The misguided action taken by the federal government last night runs contrary to the New York Promise of individual freedoms. With the stroke of a pen, they seek to move this country backwards.

“Today, I am urging the State Education Department to issue a directive to all school districts making it clear that – regardless of Washington's action – the rights and protections that had been extended to all students in New York remain unchanged under state law.

“In New York, whether you are gay, straight or transgender, Muslim, Jewish or Christian, rich or poor, black or white or brown, we respect all people – and we will continue to enforce our laws and stand united against those who seek to drive us apart.”

​The Governor issued the following letter to the State Education Department:

In light of the federal government's action to rescind federal protections for transgender students, the State Education Department needs to immediately issue a directive to school districts making it clear that transgender students in this State are expressly protected from discrimination and harassment under New York State’s laws and policies.

Under State law, all students must have the opportunity to learn in an environment free from harassment and discrimination.  As you may recall, in 2015, I directed that the State Education Department and the Board of Regents inform school districts of the law and clarify the rights of transgender and gender non-conforming students.  The State Education Department subsequently took action, making it clear that, under federal and state laws, schools must ensure that a student’s gender identity or expression is not a basis for discrimination and intolerance.

The recent change in federal policy does not alter the protections we afford to transgender students.  There can be no confusion in this State.  New York State schools must continue to enforce the law and protect transgender and gender non-conforming students.  Specifically, the Dignity for All Students Act (DASA), which is a State statute, expressly requires schools to protect students from discrimination, harassment or bullying based upon gender, which includes a student’s actual or perceived gender, their gender identity or expression.

No student should be confused about their rights or fearful of losing these important protections.  By immediately issuing this directive, the State will provide clarity to all school administrators and provide our transgender students with the reassurance they need to maximize their potential and understand their rights.  Equally as important, it will demonstrate to all that we speak with a single voice: we do not and will not tolerate discrimination in the State of New York.