Three Individuals to Be Honored 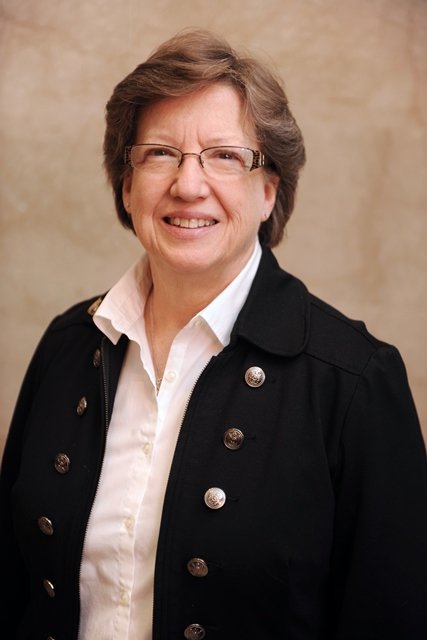 The President’s Gala, which supports student scholarships at Adelphi, strengthens the University’s ability to remain competitive in attracting the brightest and most qualified students. In addition, there will be a special tribute at the Gala to Christine M. Riordan, Ph.D. on the occasion of her inauguration as the 10th President of Adelphi University.

Marian Conway, Ph.D.
Marian Conway, Ph.D., is the executive director for the New York Community Bank Foundation. She has been with the foundation since 2002. She is a board member for Community Development Corporation of Long Island; Empire State College Foundation; Farm Education Inc.; Habitat for Humanity of Suffolk County; Middle Country Library Foundation, Long Island Museum at Stony Brook; and she is also a member of the Long Island Unmet Needs Roundtable for disaster recovery. Dr. Conway is the board chair for Long Island Arts Alliance, and has been appointed by the mayor to the Lindenhurst Economic Development Committee.

Dr. Conway received her Ph.D. in public policy administration, nonprofit management, from Walden University. She has a Masters in Arts and Liberal Studies, and a bachelor’s degree in interdisciplinary studies from SUNY’s Empire State College. In addition, Dr. Conway has a certificate in planned giving from Molloy College. Dr. Conway is a partner in the Energeia Partnership at Molloy College for leaders on Long Island.

She is an adjunct professor at SUNY Empire State College. Dr. Conway has written pieces for Nonprofit Quarterly newswire. She has spoken at Adelphi for the student leaders and Women’s Giving Circle.

Vincent C. Tizzio, Class of ’89
Vincent C. Tizzio, ’89 has been president & chief executive officer of Navigators Management Company, Inc. since July 2012. Prior to this position, Mr. Tizzio was executive vice president of Zurich North America from 2008 to 2012, president of AIG Small Business at American International Group from 2002 to 2008; and served in various underwriting and management positions with American International Group. A graduate of Adelphi University (B.A., finance and sociology), he is a member of the Freedom House Board of Trustees, Saint Peters College Board of Regents and the Zurich Financial Services Global 100.

John Collins
John Collins is the president & chief executive officer of Winthrop-University Hospital. With over 39 years of experience in the healthcare industry, Mr. Collins has had an illustrious career at some of the leading healthcare institutions on Long Island. At Winthrop-University hospital, Mr. Collins has been an integral member of the Winthrop leadership team for 19 years, working closely with members of the Hospital’s Board of Directors, medical staff and senior administration to provide expert management of all aspects of the Hospital’s operations. Under his leadership, Winthrop’s revenue has doubled in size to $1.3 billion over the past decade.

In addition, Winthrop became the first hospital on Long Island to qualify for a financial incentive for the meaningful use of certified electronic health record technology to achieve its health and efficiency goals, and was recognized in the first-ever edition of U.S. News & World Report’s Best Hospitals Metro Area Rankings for 10 high performing specialties.

Also since becoming president and CEO, Mr. Collins has overseen the acquisition of 72 practices, involving 520 employed physicians and 140 physical locations from Shelter Island to Manhattan. He currently serves on the Board of Directors for the Greater New York Hospital Association, where he is chair of the Investment Committee. In addition, he is an active member of the Region 2 Planning Council of the American Hospital Association.

Please contact Mario Guevara at 516-877-4687 if you are interested in attending the Gala, purchasing a journal ad, or if you have any questions about the event.

For more information about the Gala, please click here.