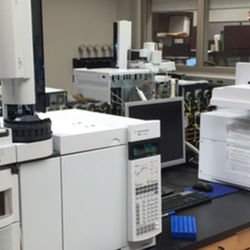 Albany, NY - February 21, 2017 - Governor Andrew M. Cuomo today announced the State Police Forensic Investigation Center in Albany has made significant improvement in reducing the amount of time it takes to complete testing of evidence submitted in Driving While Intoxicated and Driving While Ability Impaired by Drugs cases. The improvements helped reduce the number of pending cases by nearly half over the past two years. This reduction was made possible by $8.1 million in grants awarded by the Governor’s Traffic Safety Committee, which allowed State Police to purchase new equipment and hire 14 new analysts and support staff. These additions helped improve case processing time by 26 percent in two years.

“Cracking down on drunk and impaired driving is more than vigilance on our roadways – it requires resources and technology to process the evidence and hold accountable those who get behind the wheel while under the influence,” said Governor Cuomo. “These investments have helped to reduce processing time, increase efficiency and create a safer, more secure New York for all.”

“Traffic safety is a mission priority for the State Police, and the work performed each and every day by our Forensic Laboratory System plays a critical role in helping us fulfill that mission,” State Police Superintendent George P. Beach II said. “We appreciate the support of Governor Cuomo and the Governor’s Traffic Safety Committee in helping us address a critical need, which ultimately helps improve safety on our roadways.”

“State Police and local law enforcement agencies are on the front lines of law enforcement, combatting the scourge of impaired driving and keeping New York’s roadways a nationwide leader in safety,” said Acting GTSC Chair and DMV Executive Deputy Commissioner Terri Egan. “GTSC is proud to provide funding that enables State Police to not only improve, but speed up testing of evidence in DWI cases, which in turn helps keep dangerous drivers off New York’s roads.”

In 2013, State Police and GTSC committed to improving case processing time in the lab’s toxicology section, which is responsible for testing of blood and urine evidence in DWI cases. The $8.1 million in grant funds through GTSC’s General Highway Safety Grants program were used to hire the new staff to deal with increasing caseload, replacing positions lost due to cutbacks following the economic recession, provide training, and to purchase new, state-of-the-art testing equipment to replace systems that were breaking down or reaching obsolescence.

With the newly trained staff members and equipment in place, the lab system has reduced turnaround time for cases by 26 percent over the past two years, from a median of 87 days to 64 days. That timeframe is critical for prosecutors to meet the 90-day requirement in state law to bring cases to trial. In addition, the number of pending cases over 90 days has been reduced by 87 percent and will be completely eliminated in the near future, and the number of all pending have been reduced by 44 percent, despite an increase in the number of DWI cases submitted to the lab system.

The State Police Forensic Laboratory System provides support statewide to Troopers and all law enforcement agencies, utilizing state-of-the-art analytical and investigative capabilities. The system has four laboratories, including the Forensic Investigation Center in Albany, and three regional labs: The Mid-Hudson Regional Lab in Newburgh, the Southern Tier Regional Lab in Port Crane, and the Western Regional Lab in Olean. The system is fully accredited by the American Society of Crime Laboratory Directors Laboratory Accreditation Board.