The Strong Island Derby Revolution is making some large waves in the local sport scene. 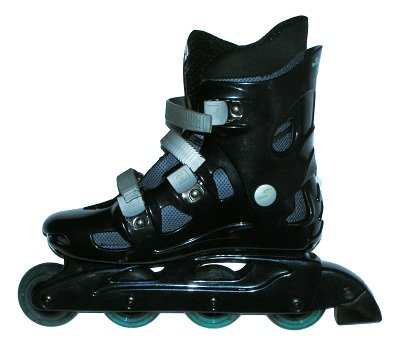 Roller Derby is becoming an increasingly popular sport on Long Island, due in large part to its local team, the Strong Island Derby Revolution.

The Revolution formed in 2011—making them the Island’s first all-female flat track roller derby team*—and sold out their very first game. They followed the performance up by again selling out the opening game of their first full season four months later.

“The fan response is awesome! Our league is pretty family-friendly—we have a ton of moms that skate,” said 26-year-old Huntington resident and blocker for the Revolution, Katie Cleary, who goes by the name Murderbus in the league. “We don't have any of the really bad names that you see sometimes. Kids under 8 can come to the bouts for free, so it's really a family event.”

Despite the early success and growing popularity of the team, Katie and the other players do not actually make any money for the games they play. In fact, they need to buy their own equipment and pay dues for rental of the venues they use. The non-existent financial reward is coupled with a high risk of bodily harm; scrapes and bruises are common place, and many players end up with broken bones. “The possibility of being sidelined with a serious injury is always a frightening one. I can't imagine how hard it must be to get back into pre-injury shape after not skating for months, along with any mental blocks that could create additional emotional challenges,” said Cleary.

Even though roller derby comes with the possibility of great injury, Cleary feels the benefits of playing far outweigh the costs. "It's just such an incredible thing to be a part of—you get to skate with amazing, strong women from all different walks of life... I think roller derby is like any other team sport, but with the added bonus of great after parties. It's also been the only exercise regimen that I've ever been able to stick to, so it's awesome for getting into shape. There's also nothing quite so stress-relieving like booty-checking someone to the floor.”

Katie will have the opportunity to let off some of that stress on April 6th, when the Revolution open their season at home against the Fingerlakes Lunachicks. She is excited for the renewed competition, stating “it's a hard-hitting contact sport with a ton of strategy involved, and we get to dress awesome. What's not to love?”