Meditation can be a powerful tool to the average person just trying to make it through their day. 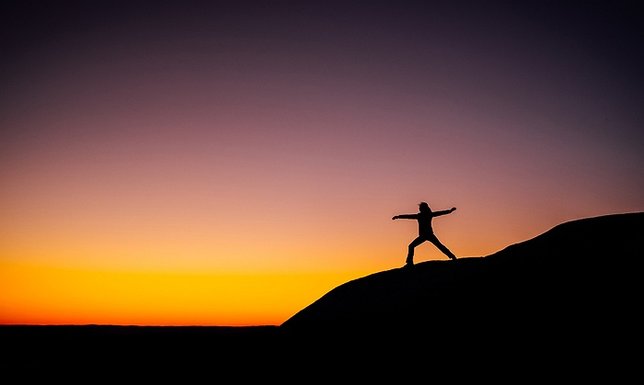 Photo by: Photo by Tim Foster on Unsplash

Long Island, NY - February 21, 2019 - Stress...for the average person, it’s a fact of their daily lives. Job? Stress. Bills? Stress. You name it? Stress. It’s getting to the point that there almost seems to be no escape from the catalysts of stress that people are exposed to on a constant basis. However, there is an answer, and it doesn’t involve moving to a mountaintop or joining a commune; it’s the simple refuge provided by the art of meditation, a powerful yet benevolent tool that can be invaluable to the average person just trying to make it through their day.
Massapequa resident Debra Monaco, who is currently teaching a series of classes on meditation at the Massapequa Public Library, said that this relaxation technique has strong roots in the art of Yoga- a mental and spiritual exercise form hailing from ancient India.
“I’ve been practicing Yoga since I was a small child, because it was brought into my home and my sister was practicing it,” she said. “Eventually became a teacher about 25 years ago, because the thinking around Yoga – at least, how I was introduced to it – is that you share something, and if someone asks you to teach them something, that’s exactly what happens.”
After an initial substitute teaching gig for a Yoga class she was taking worked out well, Monaco noted that she started getting additional requests to offer instruction on her own; soon, she even started getting paid to do it at various studios in the Massapequa area.
True Yoga, as Monaco envisions it, combines effective exercise that fosters health, strength, and flexibility, with a sense of inner peace and relaxation; the physical and mental aspects go hand-in-hand, she said. However, after noticing that some of her students found it difficult to accept all of the progressive elements that make up the whole of Yoga, Monaco said that she decided to try out a new class that centers solely upon stress relief via the meditative side of Yoga’s philosophical beliefs.
“I don’t see Yoga as separate from meditation, but a lot of my students use the physical aspects of Yoga and the rest of it...they listen to what I say, but they don’t see it as meditation,” she said. “People have always asked me to give meditation classes, and I had enough people asking that I decided to do a series of four classes...I’m really too busy to offer more than that at a time, but we’ll see how it goes.”
Monaco said that the importance of proper meditation and the stress reduction it provides is vital in out high-intensity, fast-paced world; her class, held in a dimly-lit room with gentle, New Age music playing, seemed perfectly suited to foster an atmosphere of relaxation.
“In our society, there’s a wave of over-stimulation on a daily basis,” she said. “There’s that small part of our minds that is curious and intelligent, but it’s easily distracted and can take over your life...if that happens, how can you ever really experience life? It’s taking you out of the moment because you’re so mentally busy. It affects our overall health and well-being.”
There are several simple tips Monaco said she instills upon both her students and anyone else to find relaxation and piece of mind on a daily basis; most important, she said, is the simple ability to just “stop.”
“Just write that word somewhere...’stop,’ and be prepared to do so at any given moment,” she said. “Take a breath, focus on nice, deep breathing and bringing awareness to what you’re doing at any given moment. It sounds easy, but for the average person, it’s not...people are capable of it, but they don’t allow themselves. Instead, they worry about fixing things, or going to the doctor, or whatever else...instead, remember three things- stop, breath, and awareness.”