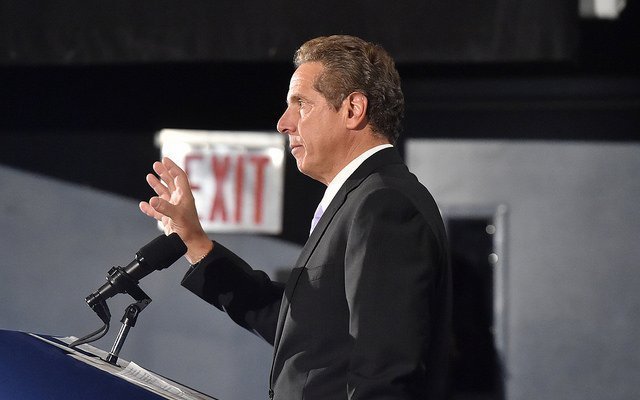 Albany, NY - February 20, 2018 - Governor Andrew M. Cuomo today announced 30-day amendments to the FY 2019 Executive Budget, including legislation to protect New York taxpayers from federal tax increases. Amendments include legislation to create a new optional Employer Compensation Expense Tax system, allowing participating employers to shield their employees from federal tax hikes. Legislation also creates two new funds to accept donations to fund health care and education programs, allowing taxpayers who itemize their deductions to deduct those donations from their federal taxes. Finally, budget amendments include provisions to decouple the state tax code from the federal tax code so that State taxpayers do not see more than $1.5 billion in state taxes because of federal tax increases.
"The FY 2019 Budget protects New Yorkers against attacks from Washington and helps further our bold, progressive agenda to move New York forward," Governor Cuomo said. "After working with experts and stakeholders, I am advancing further reforms through these budget amendments that to safeguard our competitiveness and help protect residents from this federal economic assault."
The legislation and narratives for all FY 2019 Executive Budget amendments are available on the New York State Division of the Budget's website.
Key amendments include:
Protect New York Taxpayers from Federal Tax Reform: A summary of proposed tax reforms is available here. Detailed Legislation included with 30-day amendments will protect taxpayers by:
Advance Near-Term Fix NYC Panel Recommendations:
The following near-term recommendations from Fix NYC are being advanced as immediate steps forward. Additional panel recommendations will be considered with the Legislature while negotiations on the FY 2019 Budget continue.
Provide Flu Vaccines to Children Regardless of Ability to Pay: Legislation codifies Executive Order No. 176 requiring pharmacists to administer flu vaccines to children ages 2-18, and permanently suspends the section of education law that limits the authority of pharmacists to administer immunizing agents to anyone under age 18.
Protect Children from Sex Offenders: Restrict sex offenders whose victims are under the age of 13 from traveling or living near schools where young children go to learn, and ban offenders from living in temporary or emergency housing or shelters where families also reside. Require the Commissioner of the Department of Corrections and Community Supervision to obtain a list of schools from the State Department of Education, and distribute that list to probation and parole departments to ensure sex offenders stay away from those locations.
Fund Early Voting in New York: Provide approximately $7 million in the FY 2019 Executive Budget for New York counties to offer early voting in the 12 days leading up to Election Day. Legislation requires every county to offer residents access to at least one early voting poll site during the 12 days leading up to Election Day. Voters will have at least eight hours on weekdays and five hours on weekends to cast early ballots. Counties must have one early voting poll site for every 50,000 residents and the bipartisan County Boards of Elections will determine the specific location of early voting polling places, subject to standards of accessibility and convenience.
Ban Sales of Synthetic Marijuana (K2): Add 36 different chemical compositions to the state's controlled substances list. The 36 compounds, commonly referred to as K2, are already listed on the federal schedule of controlled substances but are only banned in certain New York State counties. This action ensures manufactures and sellers in all New York's counties are subject to the same criminal penalties.
Combat the Fentanyl Crisis: Add new fentanyl analogs to the state controlled substances schedule and provide the New York State Health Commissioner the authority to add any new drugs that have been added to the federal schedule, to the state controlled substances schedule.
Crack Down on Physician Misconduct: Authorize the Health Commissioner to order physicians charged with a felony related to their medical practice whose alleged conduct may present a public risk to immediately stop practicing medicine, and to obtain a warrant to search an accused physician's home, office and belongings. In addition, the legislation reduces the response time for supplying relevant documentation.
Strengthen Disciplinary Process for Prison Employees: Legislation grants the Commissioner a greater ability to discipline those who have been found to have committed acts of serious misconduct, similar to authority provided to other law enforcement agencies, including the New York State Police. Additionally, this legislation updates the Department's hiring practices to ensure that individuals who do not meet strict criteria are not hired to begin with.
Prohibit Sexual Contact Between Police Officers and Those in Custody: Establish the incapacity to consent when a person is under arrest, detention or otherwise in actual custody.
Allow DASNY to Assist with Construction Related to Raise-the-Age: Extend authorization to obtain DASNY bond financing and construction services to local social services districts, probation depts. and not-for-profits providing juvenile residential placement services; to finance the construction of new specialized secure detention facilities and/or retrofitting existing juvenile detention facilities in time for the implementation of Raise the Age. Costs could range from $10 million to $50 million or more.
Prohibit the Use of the So-Called "Gay Panic" and "Trans Panic" Defenses: Close a loophole in state law that currently allows individuals to use the gay and trans panic defenses after attacking another based upon a perception, or discovery of, that victim's gender, gender identity, or sexual orientation.