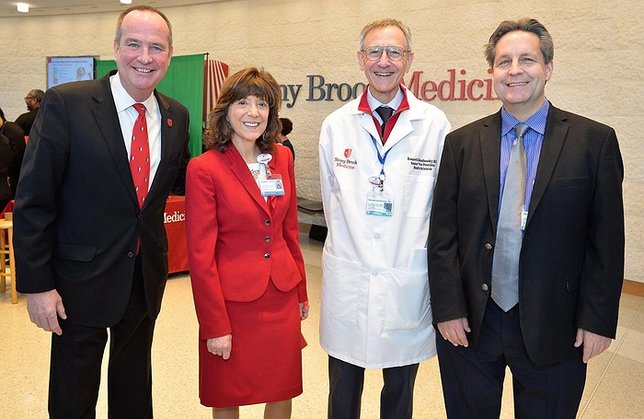 On February 18, 1980, the first two patients were admitted to the hospital, and on May 24, Stony Brook University Hospital was formally dedicated. After the hospital officially opened, many milestones were reached, and distinctions came quickly.

Stony Brook University Hospital recently highlighted select moments from its history to put on display in an exhibit and recognized staff who have dedicated 40 years at a ceremony.

A Few Landmarks and Achievements

To take a journey throughout the years to learn more about Stony Brook Medicine’s history, visit: stonybrookmedicine.edu/sbuh.