Bay Street Theater is pleased to announce the three productions of the 2016 Mainstage Summer Season. 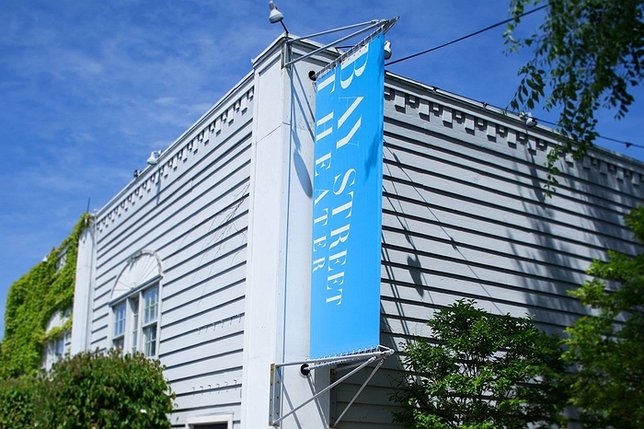 Say Harbor, NY - February 19th, 2016 - Bay Street Theater is pleased to announce the three productions of the 2016 Mainstage Summer Season. The Mainstage season begins on May 31 and runs through August 28. Subscriptions are available by calling the Box Office at 631-725-9500 or online.

The Mainstage season begins with the previously announced World Premiere of THE FORGOTTEN WOMAN (May 31-June 19), a new play by Jonathan Tolins, directed by Noah Himmelstein. Margaret Meier is a gifted soprano on the verge of a major operatic career. And she's terrified.

When a handsome reporter shows up at her Chicago hotel room, this anything-but-diva-like diva is forced to grapple with every aspect of her life - her less-than-passionate marriage, her child, her ambition, her weight, and the price she must pay in a most demanding and irrational art form.

The second Mainstage production will be the Tony Award-Winning Play from the Author of Driving Miss Daisy, THE LAST NIGHT OF BALLYHOO (June 28-July 24), by Alfred Uhry, directed by Bay Street's Associate Artistic Director Will Pomerantz. Set in Atlanta in 1939, Uhry's play is inspired by his childhood memories. Gone with the Wind is about to premiere, Hitler has recently conquered Poland, but the wealthy Freitag family is looking forward to Ballyhoo, the lavish German Jewish country club ball.

They have great hopes for all it will mean for daughters Lala and Sunny. But when Joe Farkas, a handsome Eastern European bachelor arrives on the scene, everyone must confront their own beliefs, prejudices and desires. The family will never be the same as they take a journey filled with comedy, romance, and surprising revelations.

The Mainstage culminates with MY FAIR LADY (August 2-28) with book and lyrics by Alan Jay Lerner, music by Frederick Loewe, and adapted from George Bernard Show's play and Gabriel Pascal's motion picture Pygmalion, directed by Michael Arden. Arden recently directed the critically acclaimed revival of Spring Awakening on Broadway. Considered by many to be one of the greatest musicals of all time, MY FAIR LADY tells the story of Eliza Doolittle, a cockney flower seller who takes speech lessons from Henry Higgins, a Professor of Phonetics, in order to pass as a lady.

Their relationship, which starts on a bet as student and pupil, becomes much more than either of them could ever have expected.  This timeless romance is about transformation, the battle of the sexes, and class.  Bay Street's intimate production will feature a two piano arrangement of the beloved score and an up close perspective that will bring out the humanity and complexity of the characters and relationships for a new vision of this classic musical.

"I am thrilled to announce the three Mainstage productions of the 25th Anniversary Summer Season at Bay Street," says Artistic Director Scott Schwartz.

"In this inspiring and important year, Bay Street will offer a broad range of work that embraces all that theater can be - a world premiere, a bold new interpretation of a beloved classic musical, and a contemporary masterpiece.  I am delighted to welcome three visionary directors to our stage: Noah Himmelstein, Will Pomerantz, and Michael Arden. These are exciting artists who will create dazzling, unique productions for our audience. In our 25th year, Bay Street will continue to be the place to experience cutting edge, entertaining live theater that  the East End will be talking about all summer long."

The 2016 Mainstage Season is sponsored in part by New York State through the generosity of Assemblyman Fred Thiele and State Senator Kenneth P. LaValle; the New York State Council on The Arts, a State Agency; Town of Southampton; The Harold and Mimi Steinberg Charitable Trust; The Shubert Foundation; and fully or partially funded by the Suffolk County Executive's Office. Support for new work comes from The New Directions Fund and the Joseph Stein New Musical Fund. Previews are sponsored by Peconic Landing.