Second Squad detectives are investigating a Robbery that occurred on Monday, February 16, 2015 at 3:20 pm in Hicksville. 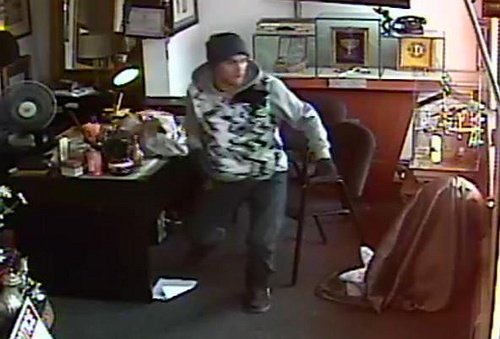 Hicksville, NY - February 19th, 2015 - Second Squad detectives are investigating a Robbery that occurred on Monday, February 16, 2015 at 3:20 pm in Hicksville.
According to detectives, two males, one possibly Hispanic and the other possibly white, entered Wall Street Gold Buyers, 154 W. Old Country Road, acting as if they wanted to sell gold. The owner, a 55 year old female, was then confronted by one of the subjects who simulated that he had a gun under his arm and demanded gold and money. As the victim attempted to flee the store, the subject pistol whipped her in the head. After a brief struggle the victim was able to leave the store and call out for help.
The subjects, who gained access to over $1000.00 in cash and a Michael Kors watch, fled the store and were last seen entering a black SUV that was parked on the corner and then left heading westbound on Old Country Road.
The victim, who sustained minor injuries to her head and refused medical attention, described the subjects as follows:
Detectives request anyone with information regarding this incident to call Crime Stoppers at 1-800-244-TIPS. All callers will remain anonymous.