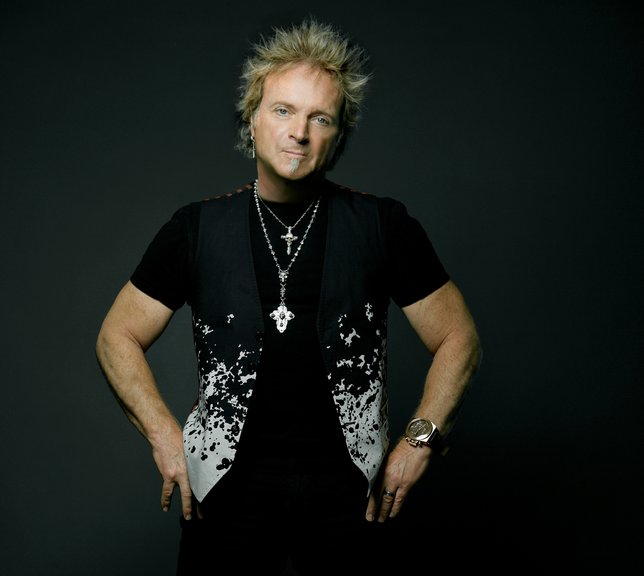 For over forty years Aerosmith’s drummer Joey Kramer has been pounding away on the skins, providing the rhythm to classics such as “Dream On,” “Walk This Way,” and “Kings and Queens.” The band has won four Grammy awards, sold millions of records, was inducted into the Rock and Roll Hall of Fame, and has earned innumerable other accolades along the way, but the rampant success of his beloved band has not been quite enough to satiate Joey Kramer’s thirst for adventure. During a reprieve from Aerosmith’s busy schedule, the Rock legend has now struck out on a new journey, founding and running a line of flavorful coffees aimed to please every palate and provide a delectable cup to everyone from the occasional coffee-drinker to those who can’t start their day without one.

We sat down for a bit of “coffee talk” to discuss Joey’s passion for a robust roast and his work with the young Rockin’ and Roastin’ Coffee company.

Christian Abbatecola: Joey Kramer, you’re a Grammy winner and a Rock n’ Roll Hall of Famer. The Rock n’ Roll lifestyle is often characterize as fast-paced high octane, but the leap from hall of fame drummer to coffee mogul doesn’t seem the likeliest of career paths. What led you to found Rockin’ and Roastin’ Coffee?

Joey Kramer: Well it’s always been a passion of mine—coffee has—and I’ve always wanted to have my own company outside of what I do. Fortunately for me my career has gone as it has so I haven’t really had the time to do that, but right now we’re enjoying some time off and I’ve decided to take on this project. I went and got with a couple people that I knew that I wanted to work with and they’re now my partners and it’s taken off. Everything is working really well.

CA: Now other Rockers have dabbled in the coffee business before. What sets Rockin’ and Roastin’ apart from some of the other coffees that are out there?

JK: The problem is in order to build a brand you’ve got to be pretty much hands-on and you’ve got to be able to do the work yourself and not be afraid of it. I’m the CEO of this company, it’s my baby; I’m not just another one of those celebrities that’s putting my name on something and expecting to make millions of dollars off it. I’m into the coffee in the same way my band is into the music, you know we’re into it because it’s about the music and I’m into this because it’s about the coffee. I’m the CEO, I cup the coffee myself, the beans are roasted to my specs, I’m hands-on all the time.

CA: So you’re incredibly involved with every aspect of this. Your beans have been described as custom roasted and cultivated through a shade-grown technique. How does that differ from sun grown beans?

CA: Then your method is a lot more environmentally friendly.

CA: Does it have an impact on taste too?

JK: Well yeah, it’s organic coffee. Right now there are three roasts—an Ethiopian, Guatemalan, and the Sumatra. They’re available in both whole bean and ground versions, a single serve option is in the works, and there’s also a three pack which you can buy all three at the same time or you can buy them separately.

Actually, there’s even a bigger bag, a 40 ounce bag, that’s available in Costco. The coffee’s available in about a thousand different grocery locations on the East Coast. Through my partnership with Ahold, which is Stop & Shop and Giant, it’s available from DC up to Maine. There’s about 750 stores that are included in that, and other major partners are Costco and Hannaford, both of which are in the New York area.

CA: Wow, so you’ve got a pretty firm hold on the East Coast then.

JK: Yeah, as a matter of fact I’m doing a meet-and-greet at Costco in Westbury on Saturday. I’ll be there from 1 to 2 o’clock in the afternoon.

CA: You’ve got Costco covered, you have Stop and Shop covered, are there any plans to start expanding out west?

JK: We’re trying to do that, it’s blowing up so quickly… as far as me doing meet-and-greets and personal appearances and stuff like that, I’m only one person so I can only be in one place at a time. Everyone wants me there at the same time so I’ve gotta do what I can. I’m off the road now with the band but I’ve been on the road doing the coffee thing…but we’re slowly but surely working our way across. We’ll be in Texas at HEB, which is the big local grocery chain in Texas, probably around June or July.

CA: And for the people who can’t yet find the coffee in their grocery stores they can still order it straight from your website, correct?

JK: Absolutely, RockinandRoastin.com. We’re also in convenience stores like Tedeschi Foods in Massachusetts… We’re in resorts too like the Bethel Hill Inn in Maine, the Black Diamond Steakhouse and Matterhorn Ski Bar which are also in Maine. We’re trying to cover the bases… we’re working it hard.

CA: It’s clear you’ve put a lot of time and effort into this. As a fan of espresso and darker roasts myself I find weaker cups a little unpalatable, but there are certainly people who prefer milder roasts. What sort of coffee drinker are you hoping to attract with Rockin’ and Roastin’?

JK: Pretty much everybody. All I need is a chance to have people taste my coffee and I know that they’ll be back, it’s just a question of trying it for the first time. I know people will like it because, for the drinkers of more well-known coffees they’re just not that good—they have an aftertaste, they’re bitter. I just don’t care for them myself, but the Rockin’ and Roastin’ coffee’s smooth, and very robust, and very flavorful.

JK: Have you tasted the coffee?

CA: Yeah, I tried a little of the Sumatran... It was flavorful, it was bold—which is exactly what I look for in a cup—but like you said there’s no bitter aftertaste to it. There was a bit more to it as well, I feel like there was a little subtle sweetness behind it.

JK: Yeah it’s got a little hint of chocolate in it—very, very slight... They’re all a little bit different. I, like you, I enjoy my espresso. What we’re trying to do is please everyone; I have another blend that’s coming out—a blend, none of these are blends, these are all single source coffees—and I have a blend that’s coming out that’s from Zaire which is going to be called the Dragon’s Brew. That’s even a little bit different; it’s a milder roast but it’s very, very flavorful. I actually sent some out to my close friends for Christmas and the response that I got from it was “Well Joey, you’ve gotta be selling this coffee ‘cause it’s just as good as all the other stuff.”

So we’re trying to cover all the bases, we’ve got an espresso in the works, and we’re even trying to make better the single serve cups which we have in the making. Probably in the month or so they’ll be out, and those will be ready for consumption as well.

CA: Well we’ve been talking about coffee for a little while now, so I have to ask, how do you take it?

JK: I like mine with just a little bit of sugar.

CA: So you’ve mastered the art of Rock n’ Roll, you’ve written a memoir, and now you’re crafting some delicious coffee. What’s next in life for Joey Kramer?

JK: Oh God, I don’t know man [laughing], I just kinda’ take it a day at a time, you know? Today works, and hopefully tomorrow will as well. But right now I’m very grateful things are going the way they are, I’m happy with it, and life is good.

CA: Before we go, is there anything you’d like to say to your Long Island fans before you come down to Westbury on Saturday?

For more information about Joey Kramer’s Rockin’ and Roastin’ Coffee, or to order a bag for yourself, visit the company’s website.

To find out when you can meet Joey Kramer in Westbury, visit our Events Calendar.

To win a free three pack and try all of the Rockin’ and Roastin’ roasts head over to the Long Island Contests Page!