Announces bill which would limit the amount of surplus funds a school district can have. 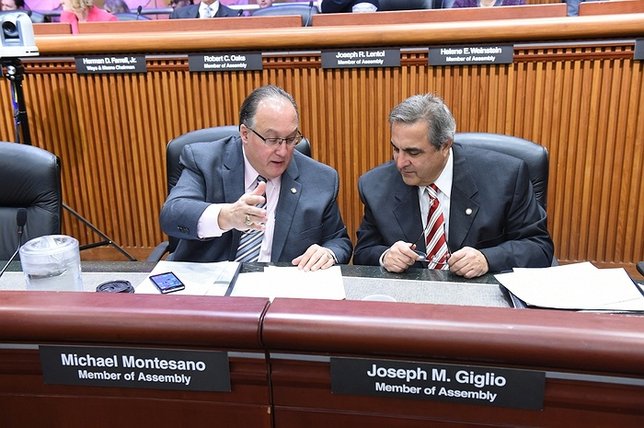 Long Island, NY - February 18, 2019 - Assemblyman Michael Montesano’s (R,C,Ref-Glen Head) is pleased to announce he will be co-sponsoring a bill (A.5371) which would limit the amount of surplus funds a school district can have in an effort to prevent overtaxing local residents. Currently, the law requires all school districts to apply any surplus or unrestricted funds which are greater than four percent of the budget for the current school year to be calculated in the school tax levy for the following year. The NYS comptroller has discovered a growing number of school districts with amounts over the four percent limit, but he has no authority to penalize them.
“While saving money for emergencies is a great idea that schools should be practicing, it should not be done at the expense of taxpayers,” said Montesano. “It isn’t right or fair for schools to squirrel away an unreasonable amount of money while continuing to collect more of taxpayers’ hard-earned dollars. Since there are currently no repercussions for breaking the law by having more than a four percent limit, we are proposing that should a school be found to exceed the limit by the State Comptroller’s office in an audit, they will not be eligible to receive its full portion of state aid in relation to how much they are over the four percent limit. We are not doing this to hurt our schools, we are enforcing the law and making sure taxpayers are not being taken advantage of.”