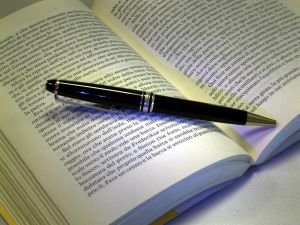 Riverhead, NY - February 17, 2014 - Broadwater Books is pleased to announce the release of The Good Samaritans, the final novel in the award-winning mystery/thriller series by Long Island author Robert Banfelder. The book follows The Author, The Teacher and Knots.

Sep Cramer (a.k.a. as Sam Carper, Mac Pace, Marc Espe, Case Reece, and Ace Reaper— quasi-anagrammaticallyderived names) is to give this year's keynote address at the prestigious Bohemian Club in California, a club whose members are among the country's elite in the world of politics, corporate business, industry and finance. The club’s annual gathering was literally dubbed by President Herbert Hoover as "The greatest men's party on the face of the earth." In addressing the prestigious gathering, Cramer makes a convincing argument for the deployment of a devastating nuclear first strike against factions in the Middle East as the solution to our survival as a nation. Sep Cramer’s loyal followers carry out the politico’s bidding with respect to government policies. Two seemingly ordinary people, Robert Redler (a freelance writer) and Liza Downs (a retired schoolteacher), together with Suffolk County's Team Three Homicide Squad and Justin, scheme to put an end to the madman's madness in the making.

Dr. Jason D. Dunham, Ph.D, Licensed Forensic Psychologist. Ph.D, Texas Tech University said, “As a forensic psychologist specializing in psychopathy, I have been researching authors who write fiction in the field of forensic psychology. I am impressed with Banfelder's well-researched, credible, and unique plots regarding the criminal mind. Bravo. It is always nice to see the field advanced.”

Robert Banfelder is an award-winning mystery/thriller novelist and outdoors writer. His psychological thrillers include No Stranger Than I, The Author, The Teacher, Knots and Trace Evidence. The Author and The Teacher, the first and second books in the Justin Barnes series, both received “Best Suspense Novel” accolades from NewBookReviews. In addition to his novels, Banfelder writes outdoors articles, which have appeared in numerous publications. He presently maintains a monthly online report titled North Fork Bays for Nor’east Saltwater. He is a member of the Long Island Outdoor Communicators Network and the New York State Outdoors Writer’s Association. Banfelder also co-hosts Cablevision TV’s Special Interests with Bob & Donna.