Another Round of Snow to Hit LI Today; More Possible Early Next Week

Five more inches of snow could fall across the Island on Saturday. 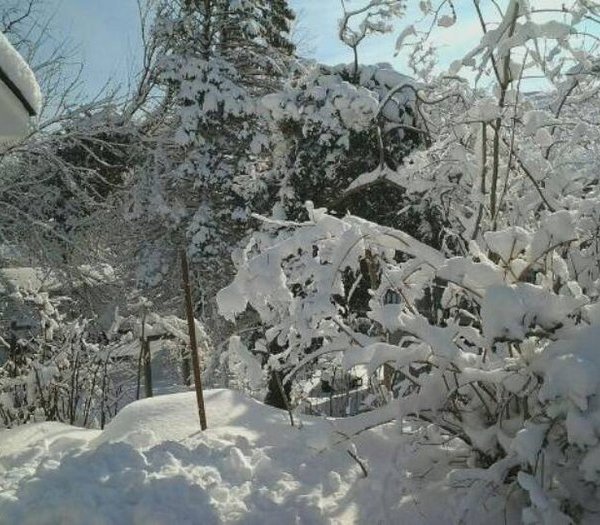 A day of snow saw schools across Long Island shut down, traffic slow to a crawl at times, and public transit run on a modified schedule on Thursday, and the aftermath of the storm was still being felt the next day as most school districts opted for a delayed openings while plows and other crews still worked to clear the ice and snow from the roads. Over a foot of snow was dropped on some areas of the Island this week; unfortunately, LI is not out of the icy woods yet.

The National Weather Service has issued a Hazardous Weather Outlook and Winter Weather Advisory for Long Island, beginning at 11 AM today and lasting through 11 PM for Nassau County and 12 AM for Suffolk. With highs near 37° precipitation could begin to fall before noon as rain or a mixture of rain and snow, but will transition solely to snow as the temperatures drop.

2-4” of fresh accumulation will likely fall before 9 PM, with another inch possible later tonight; Suffolk is predicted to get hit marginally harder than Nassau.

Winds will blow between 15 and 25 mph during the day, and gust up to 35 mph at times. Visibility will decline to between a quarter and a half mile during the worst of the storm, and a fresh layer of slick rain and snow will make roads difficult to travel.

The NWS has also predicted a chance of flurries after 3 PM on Sunday, and as of 11 AM on Saturday morning was calling for a 60% chance of yet more snow to come between Monday night and Tuesday morning.

Later in the week, temperatures will reach the mid-to-high 40’s, helping to melt away some of the snow left behind by the last two weeks of storms.

For the most up to date weather information, visit the LongIsland.com Weather Center, where you can find the latest weather forecasts, advisories, and more.