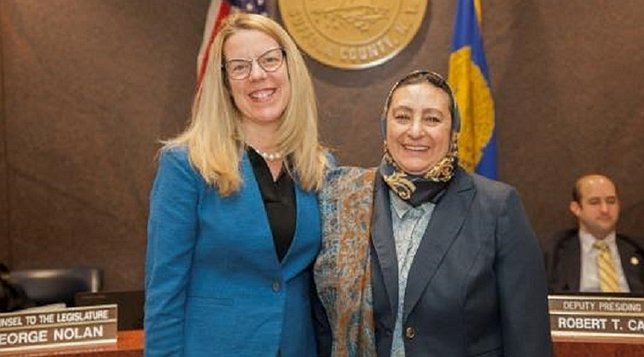 In her efforts to bring visibility to and enhance understanding of Muslims on campus, on Long Island and across the nation, Chaplain Nadim has participated in programing for WLIW, PBS, and BBC.  In addition, she co-authored the book Women for Women of Afghanistan, which publicizes the conditions faced by Muslim women in Afghanistan.

Chaplain Nadim currently sits on the advisory board for public television and has, in the past, represented the Muslim community to Congress on Capitol Hill. Chaplain Nadim has worked to mediate conflict between those divided by religious differences. Through such activities, she strives to dispel misconceptions regarding the Islamic faith and reinforce the shared values that unite Muslims and non-Muslims locally, nationally and throughout the world.

In 2011, Chaplain Nadim received awards from both the Martin Luther King Foundation of America and from former Congressman Stephen Israel for her dedication to promoting religious and racial tolerance. In August 2012, her work was acknowledged by former President Barack Obama at the White House Iftar Dinner.