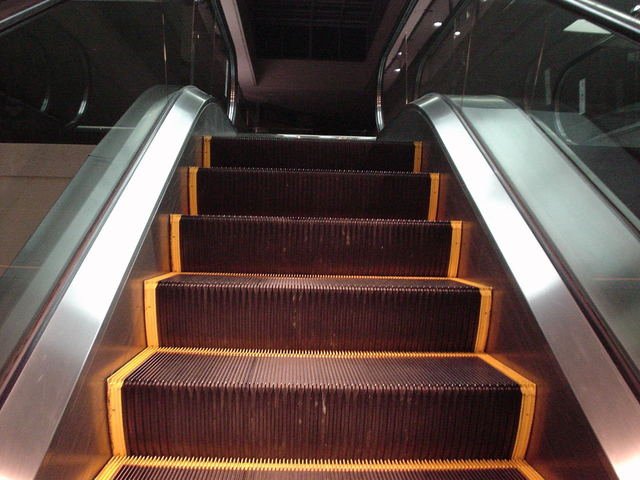 Seven months after the escalator went under repair, it is finally working again.

“I’m happy that the MTA listened to calls from me and commuters to repair the escalator so that passengers can safely navigate the Rockville Centre station,” said Senator Todd Kaminsky. “However, there are still a lot of improvements that must be made for the safety and convenience of their passengers. I will keep fighting until commuters get the quality service they deserve.”

The Rockville Centre station escalator has been under repair for seven months and was scheduled to be repaired by December 2016. On January 19, Senator Kaminsky sent a letter to the President of the MTA LIRR urging him to speed up repairs and provide a schedule for the renovations. According to a 2006 Origin and Destination Study, on the average weekday approximately 6,850 passengers board a train at Rockville Centre, making it the 12th most used LIRR station.

The letter is available below. 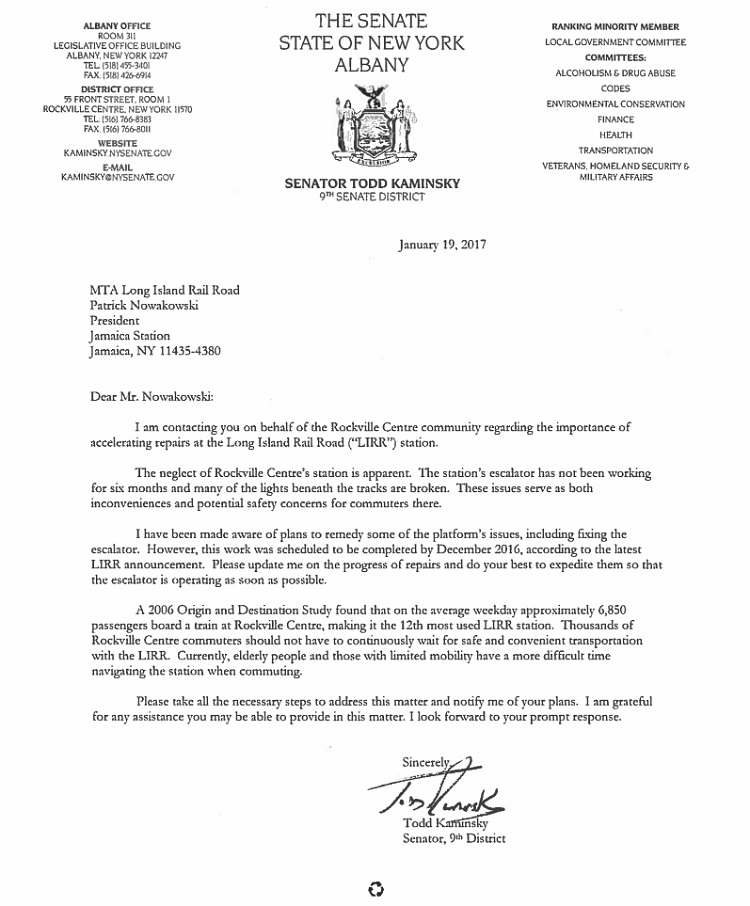