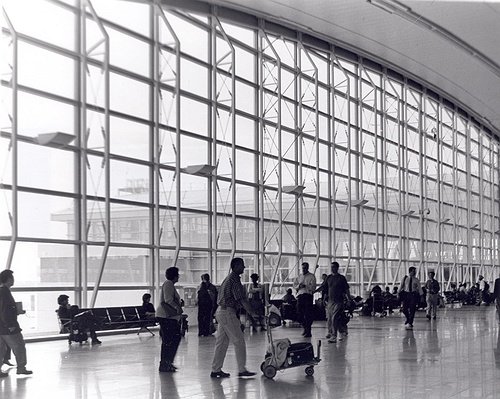 New York, NY - February 10th, 2015 - Governor Andrew M. Cuomo today announced that in 2014 AirTrain JFK hit its 10th consecutive annual ridership record, reaching approximately 6.5 million riders – a nearly 250 percent increase since the airport’s rail link to and from the MTA’s Jamaica and Howard Beach stations made its first full-year debut in 2004.
“AirTrain JFK has proven to be not only one of the most convenient and affordable ways of getting to and from the airport, but also one of the most popular,” Governor Cuomo said. “The investments we made in AirTrain JFK have enabled more passengers to use our airports, and I am confident we will see the same return on investment in the Airtrain LGA.”
“The Port Authority supports Gov. Cuomo’s vision to make travel to and from LaGuardia Airport easier with rail access,’’ said Port Authority Executive Director Pat Foye. “AirTrain JFK has contributed strongly to the growth at Kennedy Airport over the past decade, and we believe an AirTrain LGA will do the same for LaGuardia.”
Total paid ridership on AirTrain JFK in 2014 was 6,487,118, a sharp 8 percent jump from 2013 totals alone. Additionally, more than 10 million passengers and airport employees used the service to travel between airline terminals, parking lots, hotel shuttle areas and rental car facilities. AirTrain JFK began service in late 2003, and in 2004 totaled 2,623,791 paid riders.
The rail link’s latest record comes as Governor Cuomo proposed an AirTrain LGA, which would be the first rail link to 75-year-old LaGuardia Airport, offering a connection from the city’s No. 7 Subway line and the Long Island Railroad. LaGuardia hit a record with 26.9 million passengers in 2014 and all signs point to continued air passenger growth at LGA in the coming decades. Governor Cuomo has called on the Port Authority and the MTA to work cooperatively on developing an AirTrain LGA, and both Executive Director Foye and MTA Chairman and CEO Thomas Prendergast have pledged their support.
Port Authority surveys show taxis are the primary means of transport for travelers to get to and from LaGuardia, with 46 percent of origin-and-destination passengers taking cabs last year. That figure jumps to 60 percent when limousines and town cars are included with the taxi usage number. The addition of the Q70 express bus route to LaGuardia helped set an airport record for bus travel, with 9 percent of LaGuardia passengers travelling by bus to get to or from the airport.
JFK saw an estimated record 53.2 million passengers in 2014, with 12 percent (6.4 million) of passengers using AirTrain JFK. Those numbers respectively jumped from 50.4 million passengers and 6 million AirTrain JFK riders in 2013.
AirTrain JFK doubled its 2004 first full-year ridership of 2.6 million passengers to 5.2 million passengers in 2009 only five years later.
Combined, the Port Authority’s airports are one of the region’s major economic engines, supporting more than 550,000 jobs, nearly $80 billion in annual economic activity and more than $28 billion in yearly wages. More than $8 billion in Port Authority investment alone has been dedicated to the agency’s airports in the current capital budget, with the airlines and other private companies prepared to invest billions more.
Continued increases in passenger growth leads to increased regional economic growth: an estimated additional 4,000 jobs and $700 million in economic benefits are realized whenever another one million fliers use the agency’s airports.