Yesterday, Food & Water Watch announced a coalition of parents and businesses from across the South Shore in support of GMO labeling. 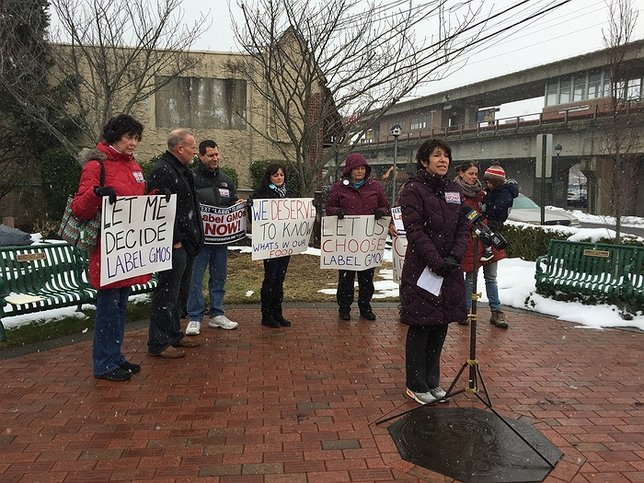 Huntington, NY - February 10th, 2016 -  Today, Food & Water Watch announced a coalition of parents and businesses from across the South Shore in support of GMO labeling. A diverse set of allies have signed on to a letter in support of Senate Bill 485, which would require labeling of genetically engineered foods in the state.

The coalition is calling on Senator Venditto to co-sponsor the legislation to add New York to a growing list of states that require labeling of genetically engineered foods that includes Vermont, Maine and Connecticut.

At the event on Wednesday, local residents demanded the right to know if food is genetically engineered in order to make informed decisions about what to eat and feed their families. 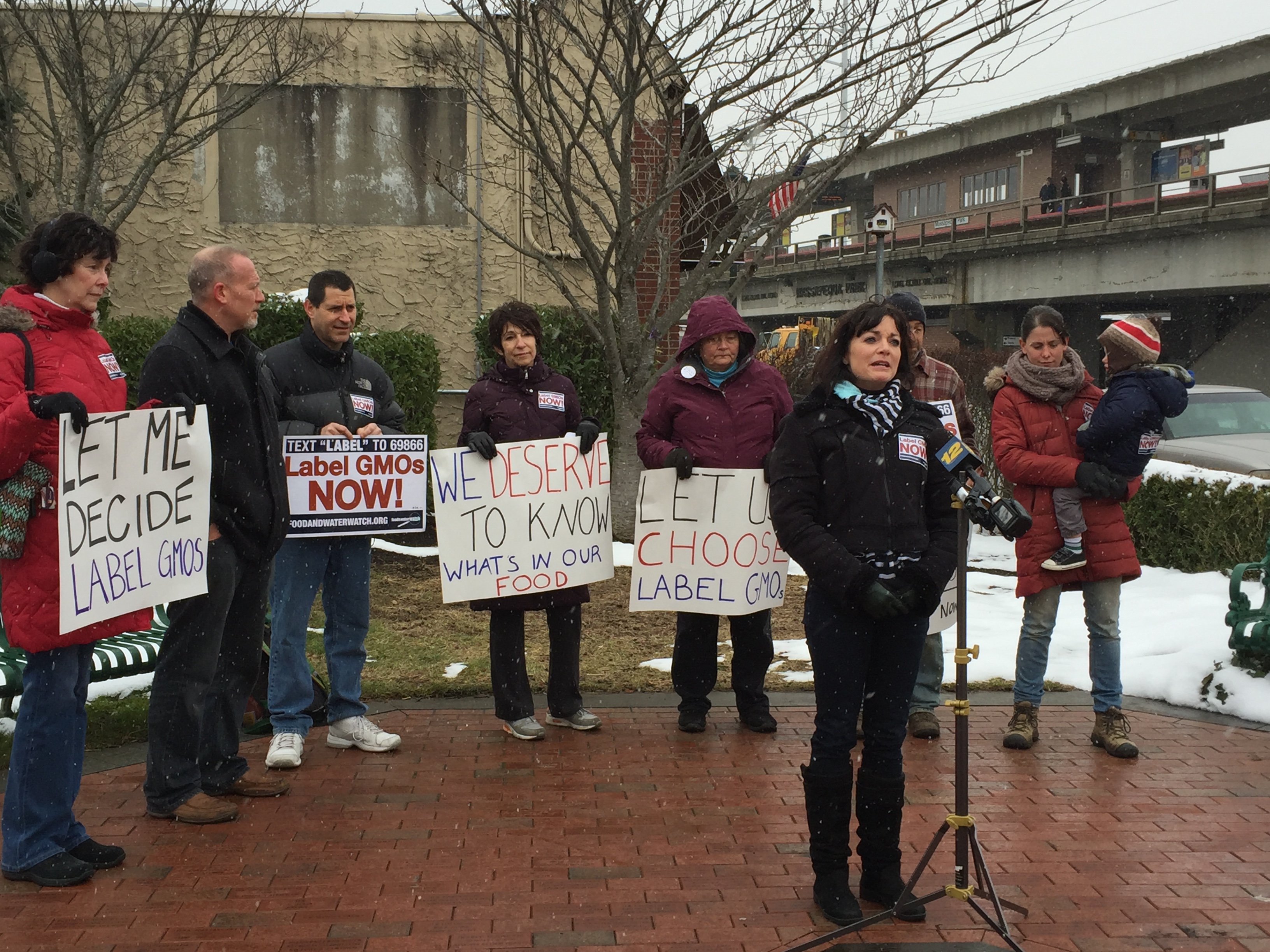 “We know the effects of the toxic pesticides sprayed on GMO crops, I want to be able to choose wisely what I feed myself and my family,” said long-time Merrick resident and mother, Margaret Maher. “As the Chairman of the Consumer Protection Committee, and a father, Senator Venditto should co-sponsor this bill.”

The growing campaign to label GMOs in New York is working to spread this message across Senator Venditto’s district. Since January, the group of activists collected over 400 petitions, and generated dozens of phone calls into Sen. Venditto’s office, urging the Senator to cosponsor S 485. Now, parents and business owners across the area are adding their support. This varied group of supporters represents how this issue is important to people for a wide range of reasons, from those interested in consumer choice, to concerns about the increased use of pesticides on GMO crops.

“For me, this is simple. I want to know what is in the food I am feeding my family,” said Farmingdale resident and mother Jacqueline Hassett “I am simply asking for the right to be able to do the research and make a conscious, educated decision on the food I want to provide for them. We know what our clothing is made from, and where. The same is true of virtually everything we buy. How is this not the case for our food?”

The bill to label GMOs in New York, S. 485, currently has 23 co-sponsors in the New York State Senate. Just yesterday, the bill on the Assembly side, A. 617, moved out of the Committee on Consumer Affairs and Protection with a strong statement in support of GMO labeling from the Chairman, Assemblyman Jeffrey Dinowitz.

About Food & Water Watch
Food & Water Watch champions healthy food and clean water for all. We stand up to corporations that put profits before people, and advocate for a democracy that improves people’s lives and protects our environment.