Vickie Calderon, Director of Suffolk County Community College’s Kids’ Cottage on the Michael J. Grant Campus in Brentwood, has been named the 2015 Director of the Year by the National Coalition for Campus Children’s Centers ... 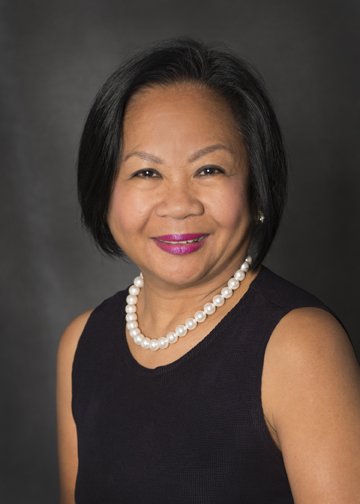 Suffolk County, NY - February 10, 2015 - Vickie Calderon, Director of Suffolk County Community College’s Kids’ Cottage on the Michael J. Grant Campus in Brentwood, has been named the 2015 Director of the Year by the National Coalition for Campus Children’s Centers (NCCCC) and will be honored by the group at its annual conference next month in Chicago.

Calderon was selected based upon her history of work in early education, her commitment to excellence in teaching, and most importantly according to Pamela Pallas, Ph.D., President of the NCCCC, “ … her leadership and positive impact on early care and education on your campus and within your state.”

Pallas, in a letter notifying President McKay of the honor wrote, “Ms. Calderon’s nominators’ endorsements included  ‘Vickie’s first priority is advocating for quality campus child care’; that she ’speaks strongly for the well-being of her staff regarding staff development and comparable benefits and salaries’; and that her leadership has been paramount in helping to make Suffolk Kid’s Cottage an exemplary center on Long Island and in the State of New York.  In addition they noted that the center’s reputation for quality early childhood education is one of the reasons it is utilized as a teaching site for early childhood students.”

Calderon came to Suffolk County Community College with an impressive resume and experience. She worked as Director of the Buffalo State College Child Care Center and later the University at Buffalo Child Care Center.  Calderon spent 12 years at Erie Community College City Campus Child Development Center where she initiated the only State University of New York Evening Campus Child Care program for children aged six weeks to 12 years old and came to Suffolk in 2011. Calderon earned a B.A. in Early Childhood Education from Manhattanville College, and completed her M.Ed from the University at Buffalo.

The Children’s Learning Centers at Suffolk County Community College are State licensed and provide a comprehensive, developmentally appropriate child care program for children between the ages of six weeks and five years of age. The Learning Centers are open to children of college students, faculty, and staff; Suffolk County employees; and community residents. For more information visit the website.