The Israel Defense Forces Orchestra is coming to Great Neck in March. 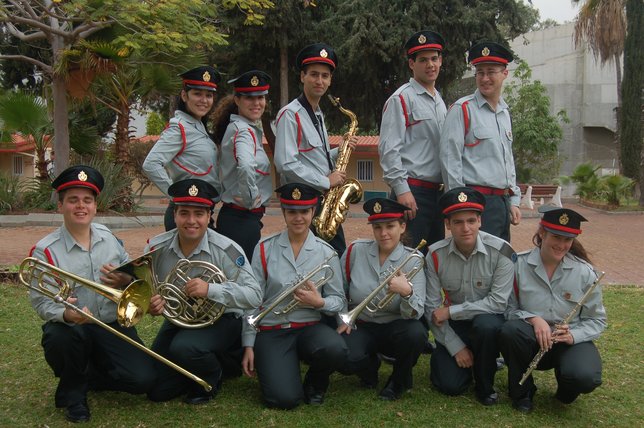 Great Neck, NY, February 6, 2014 – Friends of the IDF (FIDF) Long Island Chapter, along with Temple Israel of Great Neck, will host the Israel Defense Forces (IDF) Orchestra on Sunday, March 9, 2014 for a special concert at Temple Israel of Great Neck in Great Neck, NY. The event, which will bring together hundreds of supporters of Israel, is aimed to honor the brave IDF soldiers for their service and celebrate the Jewish holiday of Purim.
In addition to the IDF Orchestra, several active duty IDF soldiers will be participating in the event including Sergeant Daniel Rosner, a combat medic in the Paratroopers Brigade, Sergeant Tomer Peretz, a soldier in the Golani Brigade, 1st Lieutenant Lev Shir Coijns, a combat medical instructor, Lieutenant Roni Ehrlich, a wellbeing officer in the Artillery Corps, and Captain I, an IDF pilot who participated heavily in Operation Pillar of Defense, which was an 8-day operation in the Gaza Strip in 2012.
The funds raised at this event will go toward FIDF educational and wellbeing programs for the IDF soldiers.
WHAT: FIDF Long Island Chapter hosts IDF Orchestra in Concert
WHEN: Sunday, March 9, 2014, Doors open at 3:30pm
WHERE: Temple Israel of Great Neck, 108 Old Mill Road, Great Neck, NY 11023
#  #  #
About Friends of the Israel Defense Forces (FIDF):
FIDF was established in 1981 by a group of Holocaust survivors as a 501(C)(3) not-for-profit organization with the mission of providing and supporting educational, social, cultural, and recreational programs and facilities for the heroic men and women of the IDF. Today, FIDF has more than 120,000 loyal supporters, and 15 regional offices throughout the U.S. and Panama. FIDF proudly offers its support to the IDF soldiers and their families through a variety of unique and innovative programs. These opportunities reinforce the vital bond between the communities in the United States, the soldiers of the IDF, and the State of Israel. For more information, please visit: www.fidf.org.