Hundreds of schools across Long Island have chosen to remain closed in anticipation of this morning’s snowstorm intensifying over the coming hours, as has been predicted by the National Weather Service. 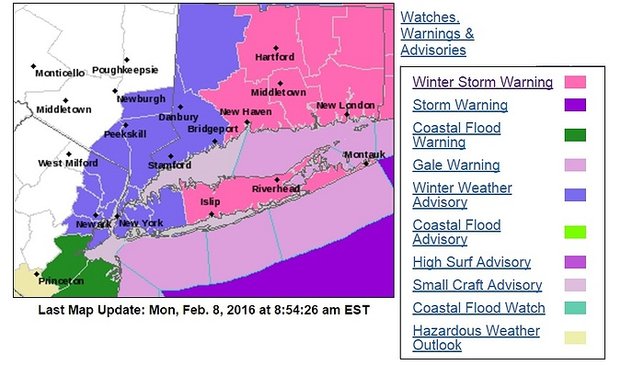 Currently in Effect for Long Island: a Winter Storm Warning in Suffolk & a Winter Weather Advisory for Nassau. There is also a Coastal Flood Warning in effect for the North Shore until 11 AM Monday morning.

Hundreds of schools across Long Island have chosen to remain closed in anticipation of this morning’s snowstorm intensifying over the coming hours, as has been predicted by the National Weather Service. Although ittle snow has fallen so far, according to the latest NWS reports, several inches are expected to accumulate as the storm continues into the afternoon. The blizzard-like conditions caused by the high winds and heavy snow will create hazardous driving conditions - with low visibility and the potential for white-out conditions, the NWS urges drivers to stay off the roads if at all possible.

A Winter Weather Advisory is still in effect for Nassau County through 6 PM this evening, and the National Weather Service is predicting 3 - 6 inches of accumulation, and low visibility of half a mile or less at times. 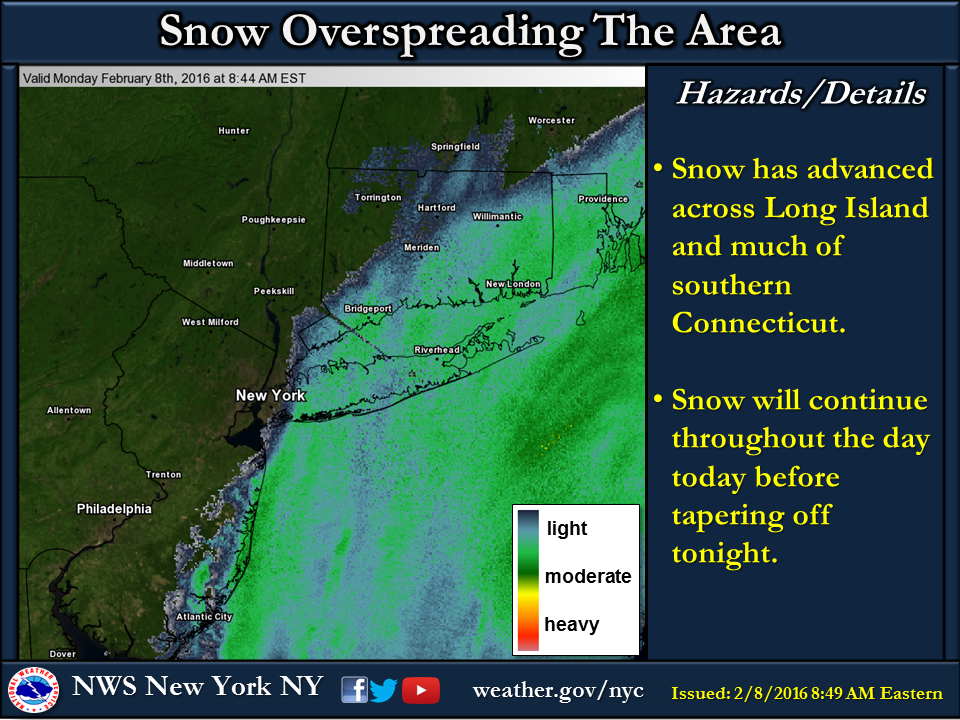 In Suffolk County, the Winter Storm Warning that went into effect early Monday morning will continue to stay in effect until 6 PM this evening, and heavier snow is expected - Suffolk is looking at a potential of 5 - 9 inches of accumulation. The heavier snowfall in Suffolk means that visibility will be even lower than in Nassau, with visibility reduced to less than a quarter mile at times throughout the day.

Temperatures across the Island will hover around 30°, but winds of 10-20 mph and gusts of 30 mph will make it feel several degrees colder in both counties.

The NWS warns that the combination of poor visibility, strong winds and wet, heavy snow could bring down tree limbs and power lines, making for dangerous travel conditions.

Also in effect for the North Shore is a Coastal Flood Warning, which will stay in effect until 1 PM this afternoon, before being downgraded to a Coastal Flood Advisory later this evening from 10 PM until 1 AM Tuesday morning.

On the South Shore, a Coastal Flood Advisory is currently in effect until 11 AM, and will go back into effect later this evening from 7 PM until 11 PM.

Though today’s snowstorm is expected to taper off later in the afternoon, however additional snowfall this evening, and over the next few days is  Periods of light snow could occur throughout the week, with additional accumulations of 1-3 inches possible on Tuesday. 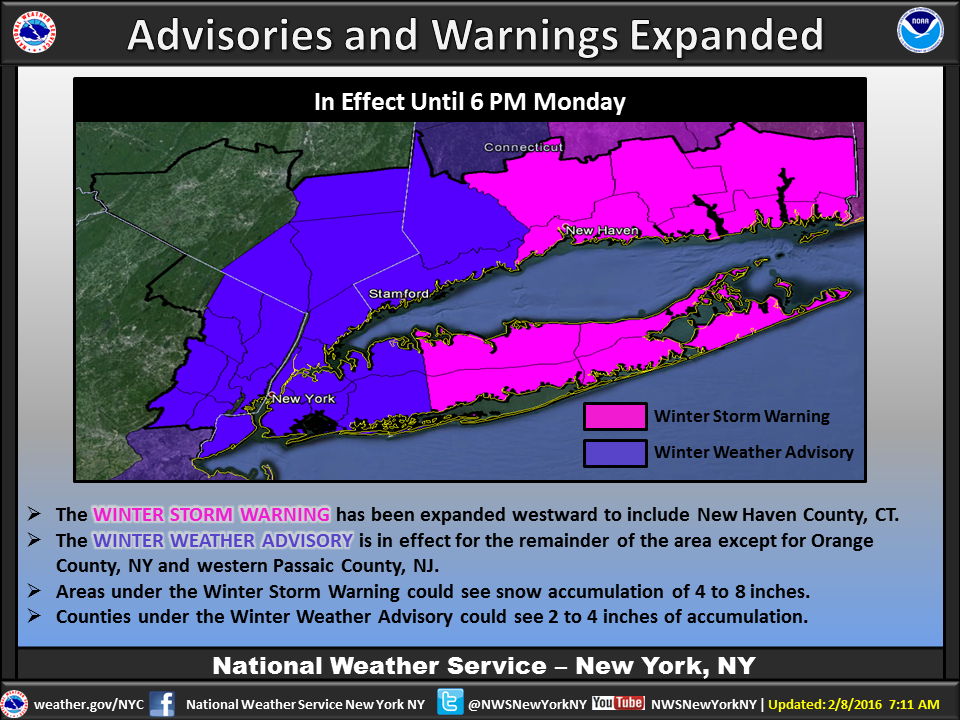 Across Long Island, dozens of districts, hundreds of private schools, and numerous local colleges & universities have cancelled classes for today (Monday, February 8th) due to the snow. For the latest updates on Snow Closures, be sure to check the LongIsland.com School Closures Page. At this time no closures or delays have been announced for Tuesday, February 9th, but with another snow storm predicted to hit the Island this evening, there is the potential for additional school closures and delays tomorrow morning.

To get the latest traffic & road conditions before traveling, visit the LongIsland.com Traffic Center, and be sure to check out the live traffic feeds on our Traffic Cam Page.