One Honoree Was the Recipient of the New York Medal for Valor. 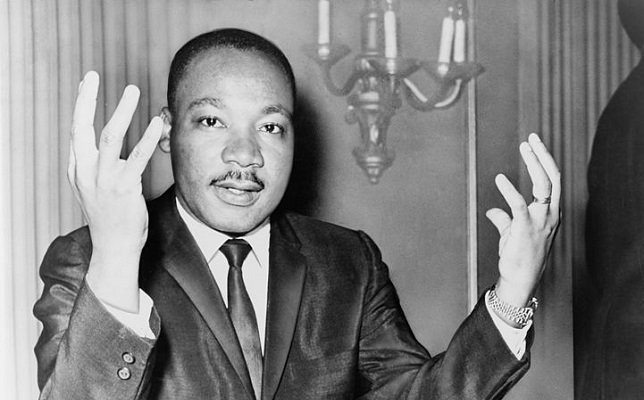 Albany, NY - February 7, 2018 - Governor Andrew M. Cuomo today announced the opening of the Black History Month exhibit in the New York State Capitol. In recognition of the 50th anniversary of the assassination of Dr. Martin Luther King, Jr., the exhibit, "Strength of Generations," underscores how individuals can elevate the lives of others and their communities to effect change that can sow benefits for generations.
The exhibit honors the country's first African-American licensed doctor, an Underground Railroad station agent, abolitionists and activists, a transformative 20th century playwright, a Harlem minister who once served as Dr. Martin Luther King's chief of staff, the Haitian-American president of SUNY Upstate Medical University whose career has focused on underserved neighborhoods, and New York National Guard Private Emmanuel Mensah, an immigrant from Ghana whose selfless heroism saved the lives of four neighbors in a recent Bronx fire.
"We're proud to honor the incredible deeds and achievements of these black New Yorkers who have courageously acted to improve the lives of others and change the course of this nation," Governor Cuomo said. "It is my hope and expectation that those visiting the State Capitol will draw inspiration from the lives of these outstanding men and women and celebrate their many contributions and sacrifices to make this a more just and more equal union."
Today, the black community represents nearly one in five New Yorkers and is rapidly diversifying as immigrants from Africa, the Caribbean and across the globe continue to grow the New York family.
The exhibit is located in the War Room on the second floor of the New York State Capitol and will run through the end of February. The following African-American leaders (listed in alphabetical order) are being recognized for their accomplishments at this exhibit:
Their Glory Can Never Fade: The Legacy of The Harlem Hellfighters, will be on view in the Vietnam Memorial Gallery located in the Robert Abrams Justice Building at the Empire State Plaza, February 1, 2018 through February 28, 2019. Exhibition hours are Monday-Friday, 8:30 a.m. to 4 p.m. and by appointment. This exhibition explores the history and legacy of an all-African American regiment from New York that was dispatched to fight for France in World War I. Authorized in 1913, and based in Harlem, the 369th Infantry Regiment, formerly known as the 15th Infantry of the New York National Guard, was the first African American regiment of the New York National Guard. Prior to the War, the 369th also assembled talented African American and Puerto Rican musicians to form an impressive regimental band that influenced the development of jazz music. The 369th served longer than any American regiment of World War I, and was nicknamed "Hellfighters" by the German army due to its actions on the battlefield. For more information on the exhibit, please visit www.empirestateplaza.org.
The Capitol's Black History Month exhibit, "Strength of Generations," is free and open to the public.