Two women attempted to steal $16,000 from another person's bank account. 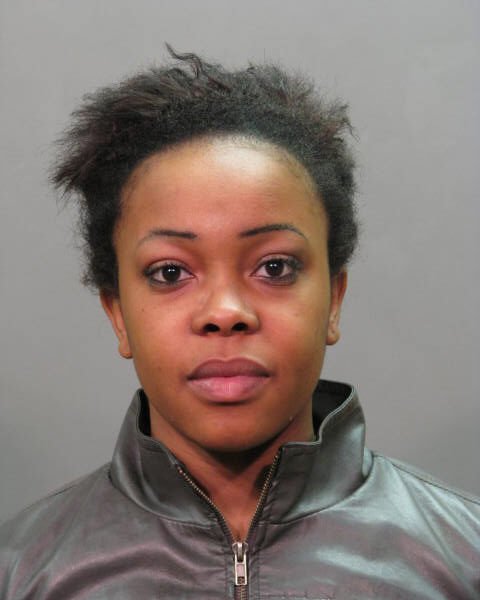 Greenvale, NY - February 7, 2014 - The Crimes Against Property Squad reports the arrest of two women for Grand Larceny that occurred on Thursday, February 06, 2014 at 12:26 p.m. in Greenvale.
According to detectives, the defendants Akyra Hendrickson, 20 of 880 Jefferson Avenue, Brooklyn and Shenia J. Harrison, 18 of 46 Madison Road, Amityville entered the Wells Fargo Bank located at 137 Jackson Avenue, Syosset. While at the bank Hendrickson handed the teller  a withdrawal slip for $8,500.00 using the information of a 29 year old female victim from Northfield, N.Y.  She also presented a fraudulent New Jersey drivers license and credit card in the victim’s name to the teller. After receiving the money the defendants exited the bank and proceeded to another Wells Fargo Bank located at 9 Northern Boulevard in Greenvale and attempted to withdraw $7,500.00 using the same victim’s information. The teller at that branch became suspicious and the bank contacted the victim to verify the transaction.  Third Precinct Officers responded to the scene and placed both defendants under arrest without incident.
Hendrickson is charged with Grand Larceny 3rd degree, two counts of Possession of a Forged Instrument 2nd degree and Grand Larceny 3rd degree (Attempt).
Harrison is charged with Grand Larceny 3rd degree and Grand Larceny 3rd degree (Attempt). They will both be arraigned on Friday, February 7, 2014 at First District Court in Hempstead.