A-Rod looks as though he may be ready to move past his suspension and the Biogenesis scandal. 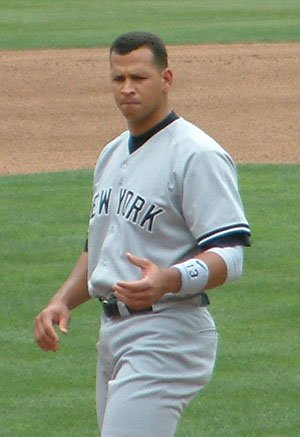 It has been over a year since light was first shed on what has become known as the Biogenesis Scandal, but months after thirteen other players have received and accepted their punishments for using PEDs obtained from the clinic, Alex Rodriguez appears as though he may finally be ready to live with the season-long suspension handed him.

After A-Rod was only able to reduce his initial 211-game suspension to 162 through an arbitration process that concluded early last month, he filed lawsuits against both Major League Baseball and the MLB Players Association which he felt failed to properly protect him during the ordeal. Notices of dismissal for both suits were filed in a Federal court yesterday, February 7. He had also previously filed a suit against MLB and its commissioner, Bud Selig in which he alleged the suspension was the result of an attempt to “improperly marshal evidence that they hope to use to destroy the reputation and career of Alex Rodriguez.”

Joe Tacopina, an attorney representing Rodriguez, said that the third baseman chose to put the suspension behind him so he could focus on the 2015 season with hopes to return to the Yankee clubhouse.

Major League Baseball expressed similar sentiments, issuing a statement saying that “We believe that Mr. Rodriguez's actions show his desire to return the focus to the play of our great game on the field and to all of the positive attributes and actions of his fellow Major League Players. We share that desire.”

“Alex Rodriguez has done the right thing by withdrawing his lawsuit. His decision to move forward is in everyone's best interest,” added the MLBPA.

A-Rod, who has admitted to previous steroid use during his time with the Texas Rangers, denied having any connection with Biogenesis throughout the past year and still has not admitted to resuming PED use. While maintaining his innocence, the much maligned athlete tried to paint a silver lining on the suspension.

“I think 2014 will be a year to rest mentally and physically prepare myself for the future and begin a new chapter of my life,” he told reporters at the opening of a Mexico City Gym after the arbitration ruling.

As part of his suspension, Rodriguez will be ineligible for the $22 million the Yankees would have owed him were he to play this season. Unsurprisingly, he has not responded to an offer to play for the Long Island Ducks while banned from the Major League.