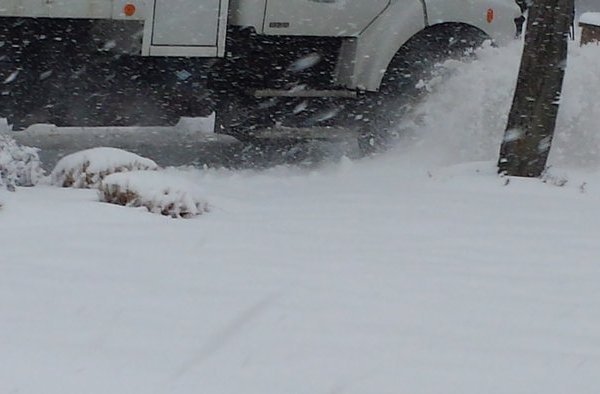 Long Island, NY - February 4, 2014 - Governor Andrew M. Cuomo today announced that the New York State Department of Transportation (NYSDOT) is helping municipalities on Long Island that are running low on supplies of road salt due to this year’s frequent winter storms. The State will provide a total of 400 tons of salt to towns in Nassau and Suffolk Counties for tomorrow’s storm until they can replenish. This effort comes as another major winter storm is predicted to dump up to 8 inches of new snow on Long Island, following Monday’s 10-inch snowfall.

“In the face of a tough winter season, our State government has been on the ground providing assistance to help local communities on Long Island and across New York,” Governor Cuomo said. “Safety is our number one priority, and that is why the State is stepping in today to help towns on Long Island replenish their salt supplies as they prepare for the latest winter storm which will likely bring freezing rain and ice. I also urge all New Yorkers to monitor news reports for possible road closures as the storm progresses, to avoid traveling if possible and to always remember to exercise caution.”

The State has received a number of requests from towns in Nassau and Suffolk Counties for additional road salt to help with the storm that is expected to start overnight tonight. Beginning today, NYSDOT will be receiving additional deliveries of salt which will provide enough supply for tomorrow’s storm.

Long Island has experienced an above-average number of winter storms this season, which has put a strain on salt supplies. Through the first half of the winter snow and ice season, NYSDOT has used 46,000 tons of salt on Long Island, far above the average of approximately 30,000 tons per winter.

Nearly the entire State is under a Winter Storm Warning starting tonight and continuing through Wednesday. The storm is expected to drop anywhere from 6 to 14 inches of snow.