After dominating the first half, Baltimore held on against a resurgent 49ers team to send Ray Lewis off in style. 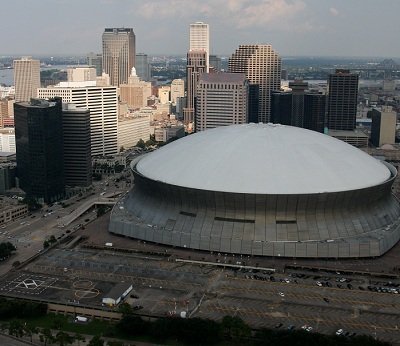 Super Bowl XLVII was a game full of oddities. It marked the first time in NFL history that the championship game was played with brothers as opposing head coaches.  Jim Harbaugh’s 49ers were helmed by a quarterback making just his tenth professional start in Colin Kaepernick, who replaced a proficient Alex Smith three quarters of the way through the season. San Francisco could not score two points when they tried, and could not stop Baltimore from giving it to them when they did not want it. And of course, there was the lighting fiasco which had everyone wondering just who was in charge of the power at the Superdome.

The game began with John Harbaugh’s Ravens dominating the field. Joe Flacco connected with Anquan Boldin for a thirteen yard touchdown early in the first quarter. 15 game minutes later, San Francisco had the ball in their possession and fumbled it, allowing Flacco to march down a short field for his second TD on the night.

Kaepernick threw an interception on the first play of the ensuing drive. Though Baltimore was unable to capitalize on this turnover, they made it into field goal territory where, on fourth down, kicker Justin Tucker took the snap and rushed for eight yards. The surprise run came up a yard shy of a first down, but buried the 49ers on their own 6 yard line which, coupled with the Ravens’ defense forcing a three and out, gave Flacco fantastic field position to throw his third TD—this time it came in the form of a 56 yard pass to Jacoby Jones on third down.

The game entered halftime with the Ravens up 21-6, and resumed with Jones returning the kickoff 108 yards to put the Ravens up 28-6. Just as Baltimore looked as though they would light up the scoreboard all night, however, the power in New Orleans’ Superdome went out. A 35 minute delay ensued; combined with the pageantry of a Super Bowl halftime show and Jones’ kickoff return the outage kept John Harbaugh’s offense off the field for a stretch of 80 minutes. When the game resumed, the 49ers looked refreshed and began to mount a comeback.

Kaepernick, who before the blackout looked the inexperienced QB that he was, operated with poise and efficiency. He hooked up with Michael Crabtree for 31 yards and San Francisco’s first touchdown midway through the third quarter.

A short punt and long return gave the 49ers little field to worry about on their next drive, allowing Frank Gore to quickly run in for a TD. Kaepernick brought his team back to field goal range the next time he had the ball; a third Akers field goal capped off the 17-0 run to bring the score to 28-23, still in Baltimore’s favor.

The Ravens did manage to put a little breathing room between the teams with a field goal of their own early in the fourth, though it did not take long for the 49ers to close the gap even further. Kaepernick scrambled for a 15 yard TD run to bring the score within 2 points, but overthrew Randy Moss in an attempted 2 point conversion. Flacco led his time 60 yards down the field, allowing Tucker to easily make his second field goal and bring the score to 34-29, forcing San Fran to go for a touchdown on their next possession.

Kaepernick did indeed bring his team to the goal line, but a sturdy defense prevented him from converting, giving the Ravens the ball back on downs. With little room to move and 1:46 left, the Ravens ran the clock down as far as they could, but were unable to get a first down, forcing them into the undesirable position of needing to punt with very little room to give their kicker.

Needing just a little more time and a little more space, punter Sam Koch ran back into the 49ers’ end zone and scrambled to waste as much time as possible before stepping out of bounds. The crafty fourth down play gave his opponents a safety and the two points that come with it, but more importantly it allowed the Ravens to kick from a more favorable position with only 4 seconds left.

San Francisco could not score on the return, and the game ended 34-31. Joe Flacco won his first Super Bowl, and Ray Lewis ended his storied career on the ultimate high note.