The City of Long Beach has reached another significant milestone on its road to fiscal recovery; Moody's Investor Services has again upgraded the rating of Long Beach bonds to Baa1, from Baa2. 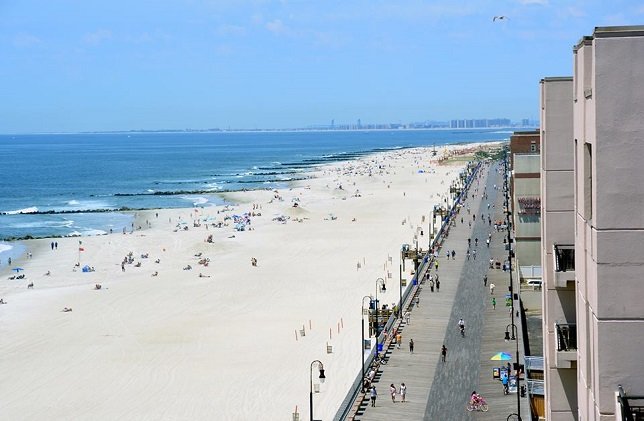 Long Beach, NY - February 2, 2016 - The City of Long Beach has reached another significant milestone on its road to fiscal recovery; Moody's Investor Services has again upgraded the rating of Long Beach bonds to Baa1, from Baa2. In February 2015, Moody’s had upgraded the City’s credit rating to Baa2 from Baa3. Additionally, the City will be placed on a positive outlook for the future.

“This has been a long time coming,” stated City Council President Len Torres. “Dating back to January of 2012 when this administration first took office, our team has worked diligently to reverse years of financial mismanagement from the previous administration, and this is yet another sign that we are moving in the right direction.”

“Another ratings upgrade from Moody’s clearly validates this administration’s commitment to strong fiscal management,” said City Council Vice President Anthony Eramo. “While this is certainly another major step forward, we still have much work left to do as we continue along the road to recovery.”

“The City’s long-term fiscal recovery plan and consecutive balanced budgets provide the foundation for this credit upgrade,” said City Councilwoman Eileen J. Goggin. “Strong fiscal management is a cornerstone of this administration, and together, we will keep moving forward, one step at time.”

“This City Council is thrilled to see yet another bond upgrade, along with a positive ratings outlook,” commented City Councilman Scott J. Mandel. “Having been part of this administration from the beginning, it is extremely rewarding to see our tough choices & positive improvements recognized and the City rewarded for them. Reversing years of the previous administration’s mismanagement has been no easy task, but we are proud to have again been acknowledged for our efforts.”

“It is a significant achievement for any municipality to receive consecutive bond rating upgrades the way our City has,” said City Councilwoman Anissa Moore. “This report from Moody’s is an objective measurement of the work done in the past four years, and I am proud to be part of this incredible team as we continue the progress.”

“This administration has prepared four consecutive balanced budgets, and three consecutive budgets that live within Governor Cuomo’s tax cap,” stated City Manager Jack Schnirman “This year’s budget is also the second in a row to provide relief to our taxpayers as we all recover from Superstorm Sandy. We are excited to announce that Moody’s Investors Service has again praised us for turning around the City’s finances after inheriting a fiscal crisis. I am so incredibly proud of the work that our team has done in earning a series of credit-positive actions in the past four years, and we look forward to continuing the progress.”

About Long Beach
The City of Long Beach is one of only two cities on Long Island, and it currently has a population of about 35,000 people spread across two square miles of land surrounded by water.  With the Atlantic Ocean on one side and Reynolds Channel on the other, Long Beach is a beautiful seaside community.  In winter and summer, one can find strollers, joggers, and bicycle riders along the 2.2-mile oceanfront boardwalk.  The adjacent beach is a 3.5-mile stretch of pure white sand, open to the public year round.  For more information about Long Beach, please visit longbeachny.gov or contact the City’s public relations department at 516-431-1000 ext. 7216 or via email.