Long Island's Carter Burwell will be Tom Needham's special guest this Thursday at 6 P.M. on WUSB's The Sounds of Film. 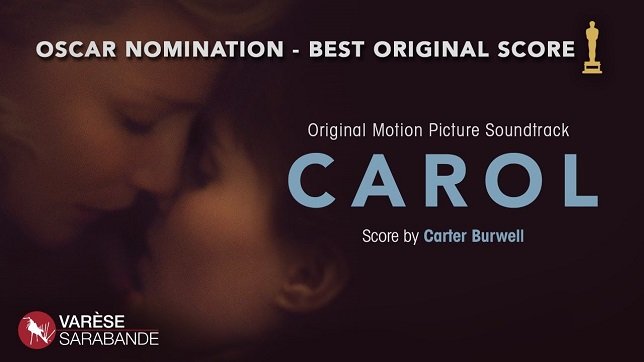 Long Island's Carter Burwell will be the special guest this Thursday talking to Tom Needham on WUSB's The Sounds of Film.

Stony Brook, NY - February 2, 2016 - Long Island's Carter Burwell will be Tom Needham's special guest this Thursday at 6 P.M. on WUSB's The Sounds of Film. The composer will be discussing his Oscar nomination for Best Original Score for the Todd Haynes' film, Carol.

When asked about his Oscar nomination, Burwell stated, "It is an honor and a novelty. I am looking forward to it."

In addition, the Hollywood legend will be talking about his longtime relationship with the Coen Brothers. Through the years, Burwell has worked on 17 Coen Brothers films including Blood Simple, Barton Fink, Fargo, The Big Lebowski and Raising Arizona. He has also worked closely with director Spike Jonze on films like Being John Malkovich, Adaptation and Where the Wild Things Are. All of these scores and more will be featured on this special broadcast.

Also appearing on the show is New York theater writer/director Robert Lyons, who will be discussing his new play, Death of a Liberal Class, inspired by Chris Hedges' best-selling book. Robert Lyons is the Artistic Director of the New Ohio Theater. He is the Founding Artistic Director of the OBIE Award winning Soho Think Tank. Over the past 20 years he has written many plays including Red Haired Thomas, PR Man, No Meat no Irony, and The Naked Anarchist.

The Sounds of Film is the nation's longest running film-themed radio show. For over 28 years, the program has delivered a popular mix of interviews and music to listeners all over Long Island, parts of Connecticut and streaming live on the Internet at wusb.fm. Recent guests include William H. Macy, Rev. Jesse Jackson, composer Howard Shore, Billy Joel, Wallace Shawn, Big Daddy Kane and Dionne Warwick.