GRAMMY® Award Winner To Perform at The Suffolk Theater 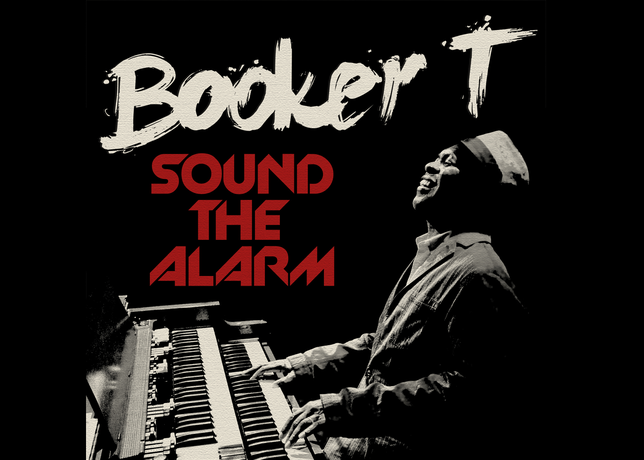 Riverhead, NY - Jan. 29, 2014 - On Sunday, February 16, 2014, the world famous soul legend of Stax Records, Booker T. Jones, will perform at The Suffolk Theater in Riverhead.  Booker T. was originally know as the leader of the MG’s, the house band at Stax Record, where he played for an array of iconic soul singers such Otis Redding and Wilson Pickett. The group, inducted into the Rock and Roll Hall of Fame in 1992, as well as the Musicians Hall of Fame and Museum in 2008, is on Rolling Stone Magazine’s list of “100 Greatest Artists of All Time”.
Currently Booker’s website gives an exclusive first listen to his newest album “Sound the Alarm”. “Sound the Alarm” has brought Booker T. back home to Stax Records. He is known for his talented organ instrumentals. This album is something new for him. “It’s fresh, it’s different, it’s still Booker T. music,” he explains. “It won’t sound like anything I’ve done before but it will sound the same,” says Booker T. of this new release that is sure to excite both new and committed fans. Booker T. was inducted into the Rock and Roll Hall of Fame in 1992.  GRAMMY® Lifetime Achievement Award recipient has won two GRAMMY® awards for Best Pop Instrumental Album, one in 2010 and another in 2012.
In his early years, Booker T. broke both musical and social barriers as a member of one of the first racially integrated music groups, breaking records when their first single “Green Onion’s”  which went to number one on the US Billboard R&B chart. They set the standard for soul music. Even The Beatles emulated the band’s style. Booker T’s musical mark goes much deeper than the Memphis soul sound he helped to create. Not limited to any one genre, he has worked on enduring projects with artists ranging from Bob Dylan and Willie Nelson to Steven Stills, Kris Kristopherson, Neil Young, and The Roots.
With the original intent of teaching music, Booker T has become a legend in the music world.  The Suffolk Theater is proud to present this musical icon.
Tickets available at:
www.suffolktheater.com
Show starts at 8PM
Restaurant and bar open at 6:30PM for early dining and pre-show cocktails