Immigration Reform to be President, Congress' Next Hurdle

President Obama outlined his proposals for immigration reform a day after a bipartisan Senate committee released their own proposals. 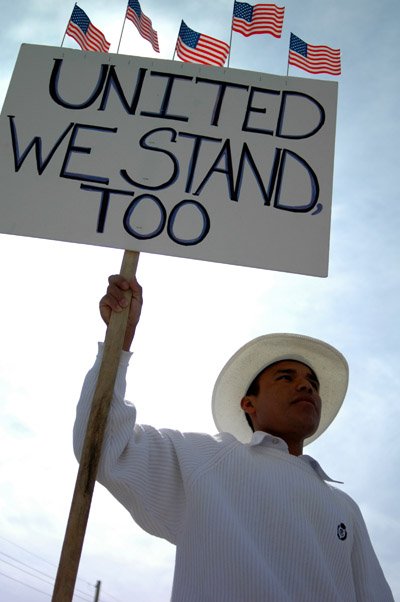 President Obama presented his proposals for immigration reform on Tuesday while speaking in Las Vegas.  While he wants to expand resources for immigration enforcement and border security, the President also called for a mandatory employment verification system and a path to citizenship.

“We need to implement a national system that allows businesses to quickly and accurately verify someone’s employment status.  And if they still knowingly hire undocumented workers, then we need to ramp up the penalties,” the President said.
The President’s proposals are very similar to the immigration reform proposals presented on Monday by a bipartisan Senate committee called the “Gang of Eight.” Sen. Charles Schumer is a member of the committee, along with Sens. John McCain (R-Ariz.), Richard Durbin (D-Ill.), Lindsey Graham (R-S.C.), Robert Menendez (D-N.J.), Marco Rubio (R-Fla.), Michael Bennet (D-Colo.), and Jeff Flake (R-Ariz.).
There are also a handful of critical differences between the two versions.  Obama’s plan does not include border security requirements that must be met before illegal immigrants can complete the legalization process.  Under the President’s plan, illegal undocumented immigrants will still have to pay fines and pass background checks in order to become eligible for legal status.
Border security requirements has already been flagged by many analysts and a likely roadblock to any reform.
The President’s plan would also approach same-sex families the same as others, and would provide residents the ability to obtain a visa based on a permanent relationship with a same-sex partner.
“We’ve got to bring our legal immigration system into the 21st century because it no longer reflects the realities of our time,” the President said to applause.  “For example, if you are a citizen, you shouldn’t have to wait years before your family is able to join you in America.”
Another major difference between the President’s plan and that proposed by the Senate is the approach to agricultural workers.  President Obama is seeking to expedite “earned citizenship” for those who qualify under the DREAM Act, which provides amnesty for illegal immigrants who were brought into the country as minors, and who graduate from American high schools and went on to serve two years in the military or obtain a four year degree.  The Senate plan would extend amnesty to agricultural workers on the basis of ensuring a “safe and secure” agricultural industry.
Political analysts have expressed confidence in the ability of Congress to pass some version of immigration reform, calling conservative opposition mostly symbolic.  President Obama has said that if Congress fails to advance it’s own reform, he will insist they vote on his bill right away.
Share your thoughts on this article by posting a comment below, or by visiting our Long Island Living discussion forum.