Schumer: Justice Against Sponsors of Terrorism Act Passes, Legislation Allows Victims of 9/11 & Other Terrorist Acts to Sue Foreign Countries & Others 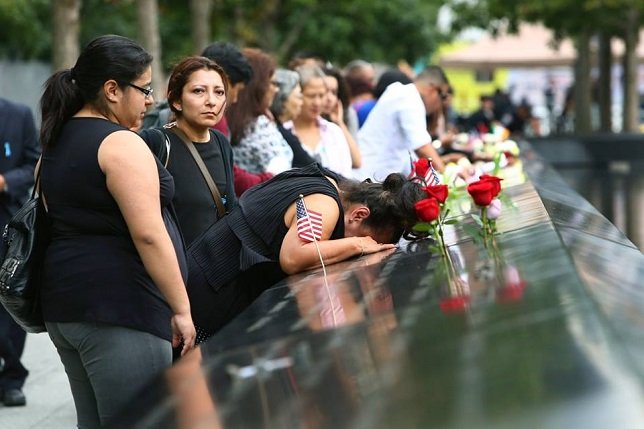 Past court decisions have hindered terrorism-related claims from victims of attacks like 9/11; Americans injured in terrorist attacks on American soil have limited recourse against foreign states and groups that funded the terror that took their loved ones away.

Washington, DC - January 28, 2016 - U.S. Senator Charles E. Schumer, member of the Judiciary Committee, announced the “Justice Against Sponsors of Terrorism Act,” (JASTA) today passed out of the Senate Judiciary committee. Schumer’s legislation works to deter international terrorism and provide access to financial justice for those who have suffered at terrorists’ hands. This legislation is long-sought after by families of 9/11 in order to bring a small amount of justice for the loss of their loved ones, by allowing them to sue foreign states and financial partners of terrorism. Now that the bill has passed out of committee, it heads to the Senate floor. Schumer today pledged to continue pushing this legislation until it passed by the Senate and signed by the President.

Since the 9/11 attacks, some court decisions have improperly blocked terrorism-related claims that Congress intended to permit. Because of these rulings, without this legislation, Americans may have no recourse against the foreign states and groups that sponsor terrorist attacks. Schumer said that, if passed into law, JASTA will finally help the victims of 9/11 achieve justice by allowing them to sue countriesthat fund terrorist groups, like Al Qaeda. JASTA would also allow a family member to sue those that fund ISIS, Hamas and other groups, should they kill an American in an act of terrorism on American soil.

“Without passage of JASTA, victims of 9/11 and their families are being denied the ability to hold accountable foreign sponsors of terrorism because of a major loophole in our legal system. Now that this bill has passed out of the Senate Judiciary Committee, I am urging my colleagues in the Senate to pass it on the floor so that all victims of terror on American soil have the ability to hold accountable the foreign powers and entities that fund the hate-filled organizations that inflict injury and death on our fellow citizens. Unfortunately, no amount of compensation will ever repair the broken hearts of a family that lost a loved one to mindless hate, however, passage of this bill will bring a small measure of justice to our victims of terror,” said Schumer.

Several court decisions since September 11th have improperly blocked terrorism-related claims that Congress intended to permit. For example, the second Circuit In re Terrorist Attacks of September 11th, 2001, has held that sovereign immunity protected Saudi government “charities” from 9/11 victims’ claims regarding support for those attacks and that aiding and abetting theories are unavailable under the Anti-Terrorism Act of 1991 (ATA). That court further ruled that terror victims pursing ATA claims must satisfy a strict proximate causation test. As current law stands, the families of Americans who were injured or killed in terrorist attacks, like those who were tragically struck on September 11th, 2001, may have no recourse against the foreign states and groups that sponsor such attacks.

JASTA allows terrorism victims, like victims of the September 11th attacks, the right to pursue foreign states and sponsors of terrorism in federal court. The bill allows Americans to direct financial damage claims against those who funded the attacks. The legislation would also afford this right to families of other American victims of terrorism, that have occurred since September 11, 2001. Schumer’s legislation previously passed the Senate unanimously, but the House of Representatives failed to take it up.

The following is a summary of the bill: