Wait Times Average 30 Minutes at State-Run Offices, Down from 72 Minutes in 2013. 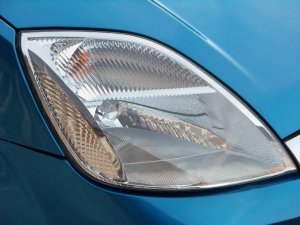 January 29, 2015 - New York, NY - Governor Andrew M. Cuomo today highlighted a dramatic reduction in wait times at offices of the New York State Department of Motor Vehicles. In September 2014, the average wait time at State-run DMV offices was reduced to 30 minutes – down from an average of 72 minutes in March 2013. This represents a decrease of 58 percent in customer wait time, and was achieved through the DMV’s Customer Service Initiative, which the agency began at Governor Cuomo’s direction in 2012.

“Our administration has taken an active role in improving the DMV’s customer service, and the latest numbers show the great strides that have been made during the past few years,” Governor Cuomo said. “From streamlining some of the most commonly required services to increasing the use of technology, we’ve made the customer experience faster and easier for millions of New Yorkers.”

The DMV’s Customer Service Initiative was a two-year process that included several key elements. The DMV implemented a reservation system to all customers to reserve a day and time convenient for them without a wait. Other improvements include expanded office hours, new technology at call centers to expedite the 4.5 million calls received each year, and assigning employees to greet customers upon arriving at DMV offices in order to ensure they can efficiently navigate the the office and the documents needed.

Also as part of the initiative, a "vision registry" was established, allowing customers have the results of required eye exams transmitted electronically from their vision provider to the DMV. After the results have been transmitted, the customer can renew their driver license online without having to visit a DMV office.

The DMV’s website was also redesigned as part of the Customer Service Initiative. The redesigned website, launched in February 2014, improved the appearance and content of the website and focused specifically on optimizing the mobile experience.

In 2014, DMV had 28 million visits to the website, an increase of approximately one million from 2013. Yet while the number of website visitors increased, the redesigned site also resulted in fewer page clicks per user, indicating that customers are able to find the information they are looking for in less time. Specifically, the number of pages clicked per visit by customers has reduced from 6.25 pages per visit in December 2013 to 3.45 pages per visit in December 2014. More than 5.5 million web transactions were performed over the last year.