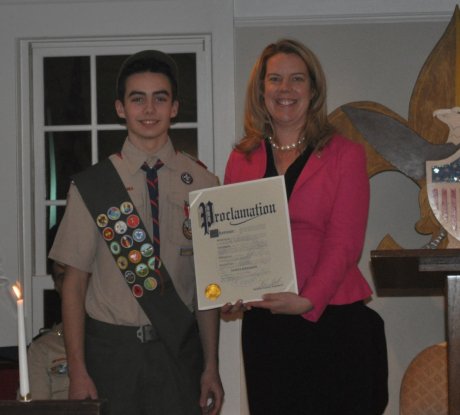 Setauket, NY - January 26, 2013 - Suffolk County Legislator Kara Hahn joined the family and friends of new Eagle Scout James Gannon during his Court of Honor held on Friday, January 24, 2014 at the Setauket Neighborhood House. For his community service project, James planned, raised funds and constructed a bench within a garden that he beautified on the grounds of Good Shepherd Hospice in Port Jefferson. The garden that James erected surrounded a recently installed stain‐glass window.