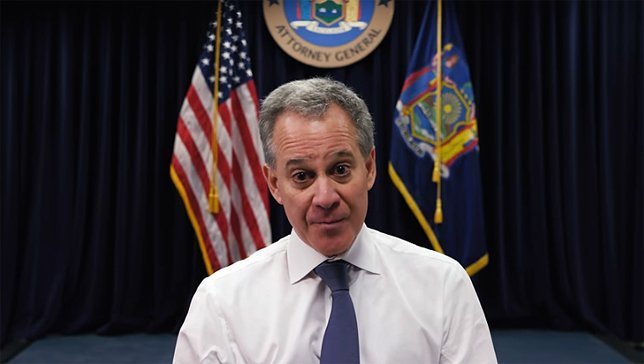 Albany, NY - January 26, 2017 - Today, New York Attorney General Eric T. Schneiderman and Governor Andrew M. Cuomo announced a lawsuit against the Trump administration for its abrupt and unlawful cutoff of more than $1 billion in federal funding for New York’s Essential Plan, which provides critical health care to over 700,000 low-income New Yorkers. The Essential Plan, which is New York’s Basic Health Program (BHP), is a state-run health insurance program for low-income New Yorkers created under the Affordable Care Act and primarily funded by the federal government.
The lawsuit, which was filed today by Attorney General Schneiderman and Minnesota Attorney General Lori Swanson in the U.S. District Court for the Southern District of New York, details how the U.S. Department of Health and Human Services (HHS) – without adequate justification and in disregard of lawful procedure – withheld legally-required funding owed to New York and Minnesota to operate their BHPs.  New York and Minnesota are the only states that operate BHPs, which collectively provide health insurance coverage to over 800,000 residents.
“The Essential Plan is a lifeline for over 700,000 low-income New Yorkers. The abrupt decision to cut these vital funds is a cruel and reckless assault on New York’s families – and we will not allow it,” said Attorney General Schneiderman. “I won’t stand by as the federal government continues to renege on its most basic obligations in a transparent attempt to dismantle the Affordable Care Act. We’re suing to defend these vital funds and the quality, affordable health care they ensure for New Yorkers.”
“The Trump administration’s action jeopardizes quality care for hundreds of thousands of vulnerable New Yorkers and goes against everything we stand for in New York,” Governor Cuomo said. “In New York, we believe health care is a right, not a luxury, and we will fight to protect that right for all New Yorkers. We are joining together to stop this injustice and preserve New York’s Essential Plan for everyone that needs it.”
New York’s Essential Plan is extremely successful, with the vast majority of eligible individuals choosing to participate due to the low costs of coverage and generous benefits. Depending on income, some enrollees do not pay any premiums, while others pay at most $20 per month; there is no deductible, and the plan covers preventive care without cost sharing – providing access to critical health care for low-income New Yorkers. Despite New York’s tremendous success in implementing this federally-created program, in December 2017 HHS abruptly determined that it would cut off 25 percent of the federal funding owed to New York to operate the Essential Plan — a loss of over $1 billion in mandatory federal funding over just one year. At the same time, and with the same flawed procedures and inadequate justifications, HHS also cut off BHP funding for Minnesota.
While New York and Minnesota submitted proposals to HHS that would restore the states’ funding, HHS failed to respond to those well-supported proposals and instead continued its unlawful and unjustified determination to pay only a portion of the full funding owed.
New York and Minnesota are challenging HHS’s illegal cutoff of federal funds, as well as its failure to respond to, and consequently its failure to adopt, the states’ reasonable alternative funding proposals. HHS’s actions violate the Administrative Procedure Act (APA) in a multitude of ways — including failing to follow the clear procedures set forth in the APA for making such significant administrative payment decisions. Accordingly, the states seek to have the court set aside HHS’s unlawful payment determinations and compel HHS to restore the states’ BHP funding as required by federal law.
“For each dollar Minnesota sends to Washington D.C., we get just 53 cents back,” said Minnesota Attorney General Lori Swanson. “This lawsuit seeks to avoid Minnesota losing hundreds of millions of dollars of payments in the coming years.”
“The Essential Plan has made accessing health care possible for lower income New Yorkers,” said New York State Health Commissioner Dr. Howard Zucker. “These federal actions jeopardize access to health care for the over 700,000 New Yorkers who depend on this program. We must stand together to protect those who depend on it.”