U.S. Senators Charles Schumer and Kirsten Gillibrand and U.S. Representative Kathleen Rice today announced that the City of Long Beach has been awarded nearly $10 million in federal grant funding for repairs to the Long ... 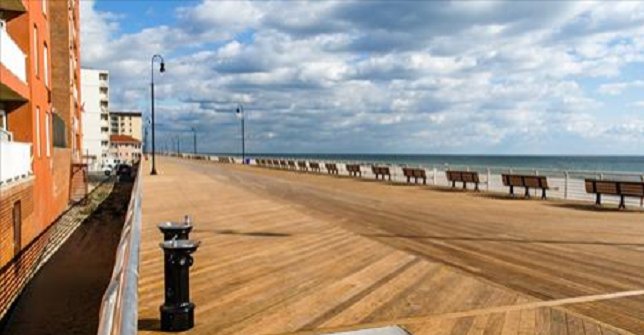 Washington, DC - January 26, 2016 - U.S. Senators Charles Schumer and Kirsten Gillibrand and U.S. Representative Kathleen Rice today announced that the City of Long Beach has been awarded nearly $10 million in federal grant funding for repairs to the Long Beach Boardwalk and other facilities that sustained damage during Superstorm Sandy. The Federal Emergency Management Agency (FEMA) agreed to cover 90 percent of the cost of rebuilding the boardwalk, but initially declined additional costs totaling more than $9 million. Long Beach officials successfully appealed that decision, and FEMA will now reimburse the city for an additional $8,291,085.23 spent repairing the boardwalk and $1,553,231.76 spent repairing damage to the Sanitation Garage, the Beach Maintenance and Highway Garage Building, and the Pay Loader Shop.

"The boardwalk in Long Beach is the cultural, recreational and economic heart of this city, and that’s why it has been so important for us to rebuild it and make it stronger. I am pleased that FEMA is reimbursing these funds so that the city of Long Beach and its taxpayers are not on the hook for these much-needed expenses,” said Schumer.

“Superstorm Sandy devastated our communities, and this FEMA funding will help cover the cost of repairing damages to the Long Beach Boardwalk and facilities,” said Senator Gillibrand. “These investments remain critical as renovation efforts progress and helps ensure that local taxpayers aren’t left alone to foot the bill as we continue rebuilding our infrastructure.”

“Rebuilding the Long Beach Boardwalk was a testament to this community’s resilience and determination to fully recover from superstorm Sandy,” said Representative Kathleen Rice. “The boardwalk is back and more beautiful than ever, and I’m pleased that this federal funding has come through to cover additional costs of rebuilding the boardwalk and repairing other important facilities that were damaged during Sandy. We’ve made a lot of progress since Sandy by working together at all levels of government, and we’ll keep working together until every community in our district has fully recovered from the storm.”

"On behalf of our residents, I would like to thank Sen. Charles E. Schumer, Sen. Kirsten E. Gillibrand, our Congresswoman Rep. Kathleen Rice, Rep. Steve Israel, Rep. Peter King, Governor Andrew Cuomo and the NY State Division of Homeland Security and Emergency Services for providing invaluable assistance with the FEMA appeals process regarding reimbursement for the reconstruction of the Long Beach boardwalk as they have been tireless advocates for us every step of the way,” commented Long Beach City Councilman Scott J. Mandel. “Together, we have all worked hard to ensure that Long Beach receives the resources we need and deserve to recover both physically and fiscally from the damage inflicted by Superstorm Sandy."

“Thanks to our elected officials, FEMA approved, on appeal, nearly $10 million to rebuild our boardwalk, and for necessary repairs to the sanitation garage, providing tremendous financial relief to local taxpayers,” said City Councilwoman Eileen J. Goggin.